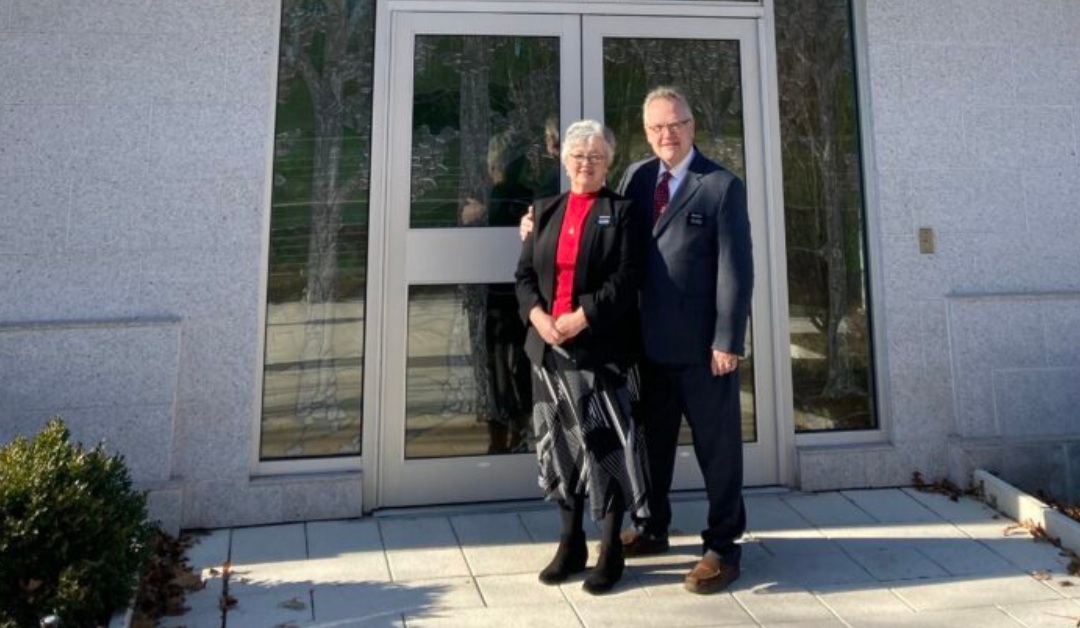 Michael and Susan Daley are currently serving as temple missionaries in the Palmyra, New York Temple. They lived in Las Vegas, Nevada for 40 years and later moved to Logan, Utah. Michael has served as a stake president, stake Young Men president, bishop, bishop’s councilor, elders quorum president, stake mission president, Seminary teacher, and as a young missionary in the Switzerland, Geneva Mission. He earned a bachelor’s degree in Communications and Media Sales from Brigham Young University, and worked as a media sales manager for Don Rey Media and Stephens Media in Las Vegas, Nevada.

02:00 Introduction to Elder and Sister Daley, serving as missionaries in the Palmyra Temple.

05:00 Michael’s story and his mental health struggles. He was released as stake president and was out of a job when the depression and anxiety started to take over his life.

10:00 Michael talks about how he got help for his depression and his treatment. The things that worked and didn’t work.

14:00 Working in the temple every day helped ease his depression. He would work and pray.

15:00 Michael began working at Deseret Industries when the temple closed down during the pandemic. It was important for him to serve and work again.

17:45 At Deseret Industries they helped Michael create future goals. His next goal would be a mission.

20:00 He still has his bad days. However, through medication, temple service, his wife, family, and friends, Michael has been able to get his depression under control and feels more like his old self.

21:15 The key to Michael’s mental health when he was a bishop and stake president was having a great executive secretary. Between his wife and secretaries they were able to monitor him and help support him.

29:45 Don’t let pride get in the way of getting treatment and getting help. There is a stigma around mental health that causes many people to avoid getting professional help.

31:30 Kurt and Michael share experiences of getting released from big callings in the bishopric and stake presidency and feeling a loss. Michael encourages others to embrace their new calling or ask for a calling.

39:00 Michael talks about his mental health after losing his job and being released from the stake presidency. His biggest advice to others struggling with mental health is to find something to do and finding a sense of purpose.

42:20 Co dependency issues. Feeling like your self worth is tied to helping people.

46:00 Susan shares how going through these mental health struggles with her husband has made her a better follower of Jesus Christ.

47:45 D&C 121 and 122 have helped Michael through his mental health journey and he encourages others to read and study them.

The Leading Saints Podcast gets over 300,000 listens each month and has nearly 10 million total downloads as part of nonprofit Leading Saints’ mission to help latter-day saints be better prepared to lead. Learn more and listen to any of the past episodes for free at LeadingSaints.org.