Building the Church in Eastern Europe | An Interview with Dennis B. Neuenschwander 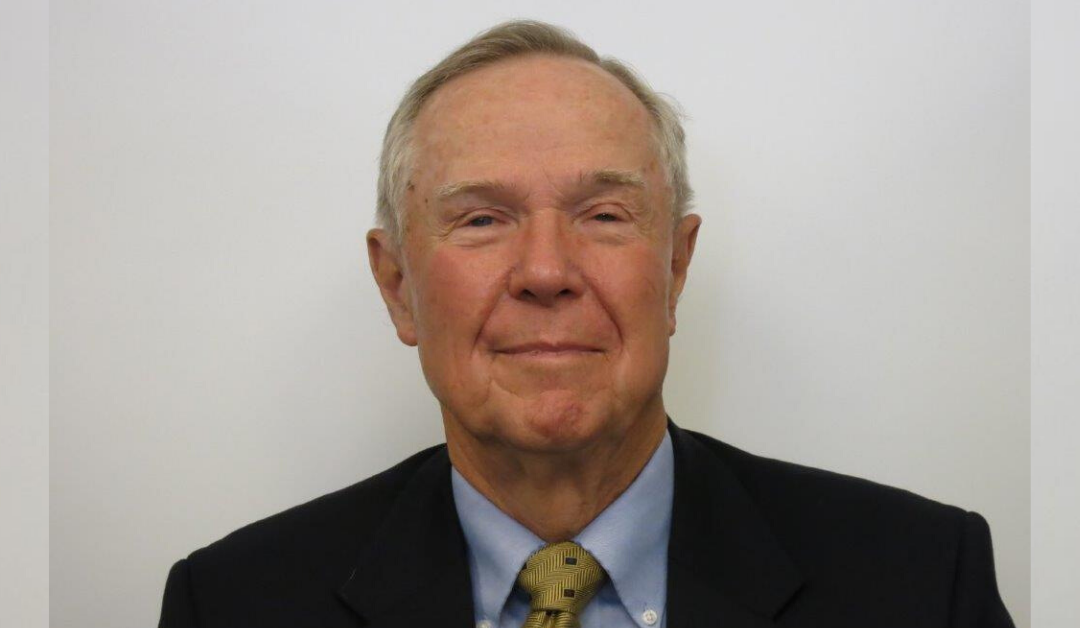 Elder Dennis B. Neuenschwander, an emeritus general authority seventy since 2008, is presently a traveling patriarch in the Baltic region. Of Swiss heritage, he was born and raised in Utah, living in both Salt Lake City and Ogden. As a youth he was active in the church’s sports, music and speech activities and served a 30-month mission in Finland from 1959-1962. As a full-time missionary he was assigned to teach Finnish to fellow missionaries during much of his mission.

Following missionary service, and without any defined career plans, Elder Neuenschwander earned degrees at Weber State and Brigham Young University. Subsequently he obtained masters and PhD degrees in Russian and Russian literature from Syracuse University in New York. He became a visiting professor at the University of Utah and BYU (one year each) before accepting full-time employment with what is now called the Family History Department of the Church.

The latter employment required living abroad and involved the acquisition of genealogical documents in Eastern European countries by working with Catholic and Protestant archivists and religious officials. He was then called to serve as a mission president of the newly formed Austria Vienna East Mission before serving as a member of the Second Quorum of the Seventy and then the First Quorum of Seventy. As a seventy, Elder Neuenschwander served as president of the Europe East Area and as a member of the Presidency of the Seventy. As a traveling patriarch he makes quarterly trips to the Baltic region, giving sometimes as many as four or five patriarchal blessings per day. He and the late LeAnn (Clement) raised four children.

11:00 Leadership patterns. Having never served in a bishopric, stake presidency or elder’s quorum presidency, where was he to turn?
12:45 Professional work in Eastern Europe; presentation to Russian Embassy in D.C. Five years abroad.
16:00 Called as mission president in Eastern Europe, 1987. Lived in Vienna but his responsibilities were in Poland, Greece, Turkey, Yugoslavia, Cyprus and Czechoslovakia. What the Church was like at that time of communist rule. Traveling “light.”
20:35 Family life living in Europe with children prior to mission president calling.
22:25 Called to serve as mission president by Elder Russell M. Nelson. Five weeks to prepare. By then he had been living or traveling in the region for 13 years on professional assignments.
27:00 His missionary force initially included 12 elders and a dozen couples. The challenge to form relationships of trust with local governments to permit a growing church presence. Elders Russell M. Nelson and Hans B. Ringer had laid the groundwork. These were years (1987-1991) of tremendous change in Eastern Europe including the falling of the Berlin Wall and the dissolution of the Soviet Union.
29:45 Establishing a pattern of church development that would stand the test of time—the pattern of the priesthood. Many people who were not members began attending church. Insisting on speaking the language of the country. Organizing missionary zones and church branches in geographically large area. Structure vs. autonomy.
36:45 Being empowered to solve problems. A significant priesthood principle is taught by Elder Ringer re: the overwhelming challenge of having few laws to facilitate rental of properties, visas, missionary travel, getting money and materials to missionaries, etc. “President, we sent you there to solve those problems, not to complain about them.”
44:00 “Brethren, we are builders of the Kingdom, not its caretakers.” (Elder Carlos Asay) By the end of 1990 various independent missions had been created out of his mission and President Neuenschwander was left with Yugoslavia and 12 missionaries. In Oct. 1990 missionaries were placed in the Ukraine, then Bulgaria and Romania. Served four years as mission president until his mission could be dissolved.
50:30 Without priesthood keys you have a social organization, not a church. Dedication of Poland by Pres. Kimball in 1977. The 70’s were a traumatic time for Poland politically. Microfilming genealogical records helped establish a foothold. Not allowing the church to be tied to political powers. Some religions have fallen prey to that temptation.
57:20 Following the mission to Vienna, Pres. Monson issued the call to serve in Second Quorum of Seventy, assigned to Frankfurt area.
1:00:00 Solemn advice from Elder Boyd K. Packer: “Keep them in the pioneering mode as long as possible.” Don’t burden with structure/complexity they can’t handle. Small units help build experience.
1:05:30 Return to the States. Lesson learned from Elder M. Russell Ballard on training sophisticated, experienced leaders. Emphasizing the basics.
1:09:00 Pres. Hinckley’s example of sensitive, inspired leadership on a personal level. Finland assignments and Helsinki Temple dedication coincided with Elder Neuenschwander’s wife’s terminal illness.
1:13:10 Remarried (Joni Kay Lee) in 2008; sealed by Pres. Packer. Emeritus status followed. Preserving historical sources and pioneering spirit in Eastern Europe. Invited to initiate church history program in Eastern Europe in 2011 as missionaries. Ordained as traveling patriarch by Pres. Nelson in 2011 and goes to Eastern Europe two to four times a year. Spiritual and linguist preparation. Prep is different from any other calling he’s ever had. Every blessing is the “only blessing.” Transcriber assistance. Returned in September from the Ukraine with 100 hours of transcription work for 50 blessings. Time consuming and spiritually/emotionally intense.
1:22:30 Eternal gratitude to the Lord, the Holy Ghost and others for opportunities and successes. What does “enduring to the end” look like at age 80? Being, above all, a disciple.