Valuing Mid-Singles – To Everything There Is a Season 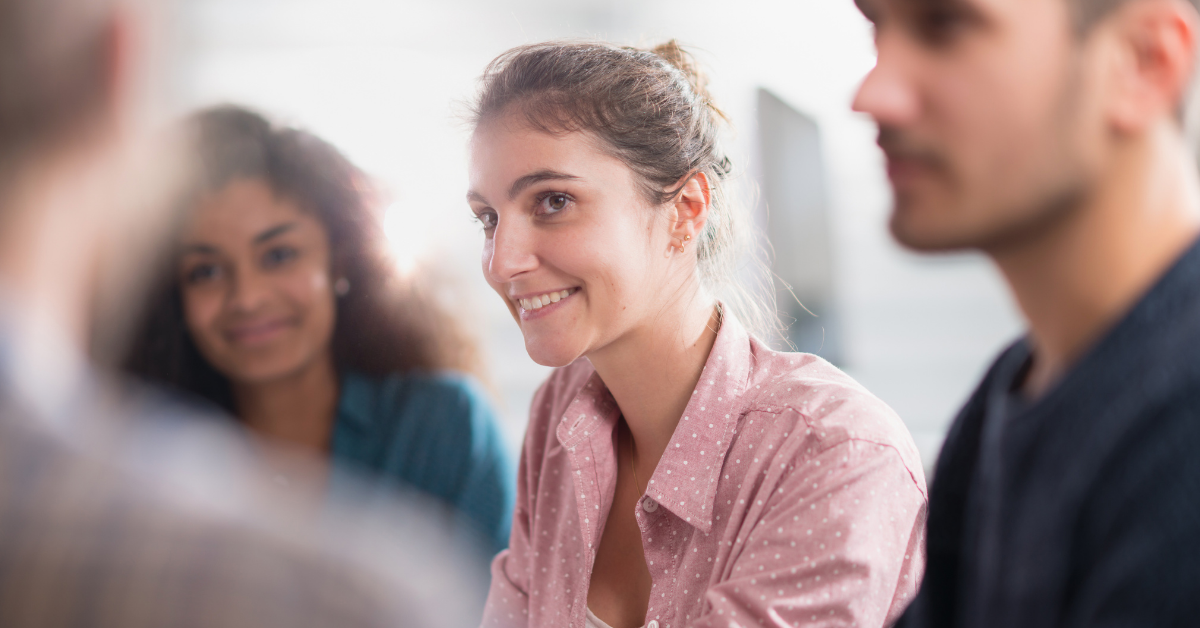 Paul Cherrington grew up in Taylorsville, Utah, and is the fourth of six children. After graduating from Taylorsville High School, he served in the Fiji Suva Mission and served exclusively in the French territory of New Caledonia. He has a bachelor’s degree in finance and a Master of Business Administration from the University of Utah. Paul currently serves as an Elders quorum president in the Sandy Single Adult Ward in the Sandy Utah. Past callings include executive secretary, 2016 Salt Lake City single adult conference co-chair, multi-ward activities chair, ward clerk, elders quorum teacher, and Sunday school president. He is an uncle to 16 nieces and nephews and works as a compliance auditor for Myriad Genetics in Salt Lake City. His passions include cycling, hiking, basketball, football, golf, and serving in the Church.

Becoming a mid-single in the Church of Jesus Christ of Latter-day Saints is not something I ever aspired to or a situation I thought I would ever find myself in. My early life followed the traditional path that I expected to follow as a member of the Church. I was baptized at eight years old and completed all the Church youth programs in scouting, seminary, and priesthood offices. I submitted my mission papers and was called by a prophet of God to serve in the Fiji Suva Mission on the island of New Caledonia. When I returned home from my mission, my hope was to soon find my eternal companion either during my university studies or shortly thereafter. I didn’t expect to find her right way but also didn’t think it would take very long.

Life never turns out the way any of us plan, and many times we are either asked or forced to walk paths that we had not previously considered. I have always tried to be social, meet new people, and pursue any dating opportunity where I felt a connection. I have met some amazing and fantastic women in this process; however, none of those opportunities have ended in marriage. Specific reasons why these relationships did not end in marriage is not for this forum, but I have done my best and am not where I set out to be.

I have searched sincerely for answers as to why marriage hasn’t happened for me yet, and I have received the same answer from my Heavenly Father on multiple occasions: “You are where you are supposed to be” and “I have you where I need you.” Of all the possible answers to my question, I had never considered until receiving those answers that the timing and will of the Lord would have me remain single much longer than I desired. It has been hard to stay on the path as dating opportunities have come and gone, but the road to discipleship is not easy. In his book, “A Time To Choose, Neal A. Maxwell said:

“If we are serious about our discipleship, Jesus will eventually request each of us to do those things which are most difficult for us to do.”

A true disciple of Christ must willingly walk whatever road our Father would have him or her walk. Elder Jeffrey R. Holland taught:

“We must be willing to place all that we have—not just our possessions, but also our ambition and pride and stubbornness and vanity—we must place it all on the altar of God, kneel there in silent submission, and willingly walk away. I believe what I am describing here is the scriptural definition of a saint, one who will ‘yield to the enticings of the Holy Spirit,’ and ‘through the atonement of Christ . . . becometh as a child, submissive, meek, humble, patient, full of love, willing to submit to all things which the Lord seeth fit to inflict upon him, even as a child doth submit to his father.’” (Mosiah 3:19)

I am 40 years old and have been a member of a single adult ward for just over nine years and in singles wards half my life. Since I began attending singles wards in 2002, I have had thirteen different bishops, attended ten different wards, five different stakes while moving only three times. I feel like I have seen it all and am grateful for what I have experienced while I wait upon the Lord.

Offerings for mid-singles in the Church have changed greatly since I transitioned from a young single adult to a mid-single in 2011. When I began attending a single adult ward, there were only three wards from Davis County to the middle of Utah County. My second single adult ward had 820 members, 3 Elders Quorums, 6 Relief Societies and 4 temples in our ward boundaries (Jordan River Utah, Oquirrh Mountain Utah, Draper Utah and Timpanogos Utah). From those same ward boundaries, 10 new single adult wards have been created, and many more mid-singles are joining as the wards are closer to them and the average ward size is smaller. The mid-singles population in the Church is growing as the average age at which people marry has increased substantially. Nationwide, the average age of marriage has risen in the past 40 years from 22 to 27.5.

Despite the Church’s mid-singles offerings, which I love, I feel we mid-singles are often underutilized and misunderstood. While I do not believe these misunderstandings have been intentionally malicious, it does make it tough to feel as though you belong when you are single at a later age in a Church that rightly emphasizes marriage and eternal families.

I have asked some of my friends what they wish local leaders and members better understood about mid-singles. Our thoughts are incorporated into the key points below.

1. Focus on What We Have to Offer Rather Than What We Lack

Mid-singles have an incredible capacity and desire to serve those around us. Our single status may offer greater control over our personal time however, we also want to give to others through service in any way we can.

2. Treat Us as Peers

Mid-singles in the Church want similar respect that any of our married peers receive. Though not intentional, there have been times where some messages communicated to mid-singles have left them feeling infantilized. For example:

3. I Have Made Thee a Watchman

Mid-singles may have unique needs that need unique ministering approaches.

Many mid-singles are capable, have successful careers, and have distinguished themselves both academically and professionally. They are leaders in their communities and in their families.

Many opinions about the single adult wards are based on second-hand accounts, anecdotes, or stereotypes that have been perpetuated. We are aware of the limitations of single adult wards, but we, just like every other ward in the Church, should not be defined by our imperfections.

6. Know That to Everything There Is a Season

“Some blessings come soon, some come late, and some don’t come until heaven; but for those embrace the gospel of Jesus Christ, they come.”

“The Lord’s timing also applies to the important events of our personal lives. A great scripture in the Doctrine and Covenants declares that a particular spiritual experience will come to us ‘in his own time, and in his own way, and according to his own will.” (D&C 88:68).

This principle applies to revelation and to all of the most important events in our lives: birth, marriage, death, and even our moves from place to place.”

Every mid-single’s journey is different, as it is for everyone regardless of their marital status. But leaders who consider the needs of those they serve, be that married or single, and how those individuals can serve in their ward and community can help them feel fortified and welcomed by their ward. I invite you to consider how the mid-singles in your unit can serve with all their capabilities. Such leaders have helped shape me and my journey, and for that I am truly and eternally grateful.