Kevin Tolley has worked for Seminaries and Institutes of Religion for over twenty years. He taught release-time seminary in Utah for ten years and has spent the remainder of his career teaching Institute in Southern California. He earned a BA degree from Brigham Young University in Near Eastern Studies with a minor in Hebrew, an MA degree from the University of Notre Dame in Theology, and a PhD degree in Hebrew Bible at Claremont School of Theology. After serving a full-time mission in the California, San Bernardino mission, Kevin met and married his wife RaShelle in the Toronto Canada Temple and they have five incredible children. He has served as an elders quorum president, in a bishopric, and is currently serving as a counselor in a stake presidency.

In this interview, Kevin takes us through Church history and the calling of apostles and prophets. 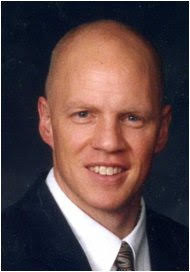 7:00 Details into the history of Joseph Smith and beginnings of the Church

7:45 Finding and choosing the twelve apostles

19:00 One of Joseph’s greatest qualities was being very quick to forgive

19:45 Organization of the Quorum of the Twelve in the early church. Seniority was by age not how long they had been serving like it is today.

21:10 Brigham Young’s time and experiences as president of the Church.

24:30 It took 32 years for the Quorum to all get together. They were so busy preaching the gospel that someone was always gone. In those days their primary responsibility was to preach.

27:45 Section 107 of the Doctrine and Covenants was one of the first revelations to train the Quorum of the Twelve.

38:45 The assistant to the Twelve was taken away in the 1980s and members of the seventy were called instead.

41:50 Unexpected deaths in the Quorum of the Twelve

49:50 Heber J. Grant was called to be in the Quorum of the Twelve when he was only in his twenties. He was very overwhelmed and didn’t feel qualified. He had an amazing vision.

1:01 President Nelson is changing the way that Apostles get called. He is the first President that also called the spouse in to be part of the call.

1:03 President Nelson also changed the process of calling members of the Twelve to be in the First Presidency. He interviews each member of the Quorum and each person gets to make suggestions and nominate someone.

1:05 Concept of being foretold. Many Apostles knew that they were going to get called.

Apostolic Succession in the Restoration
Read the TRANSCRIPT of this podcast