Serving on the Way to Something Else – Becoming a Noble Shepherd 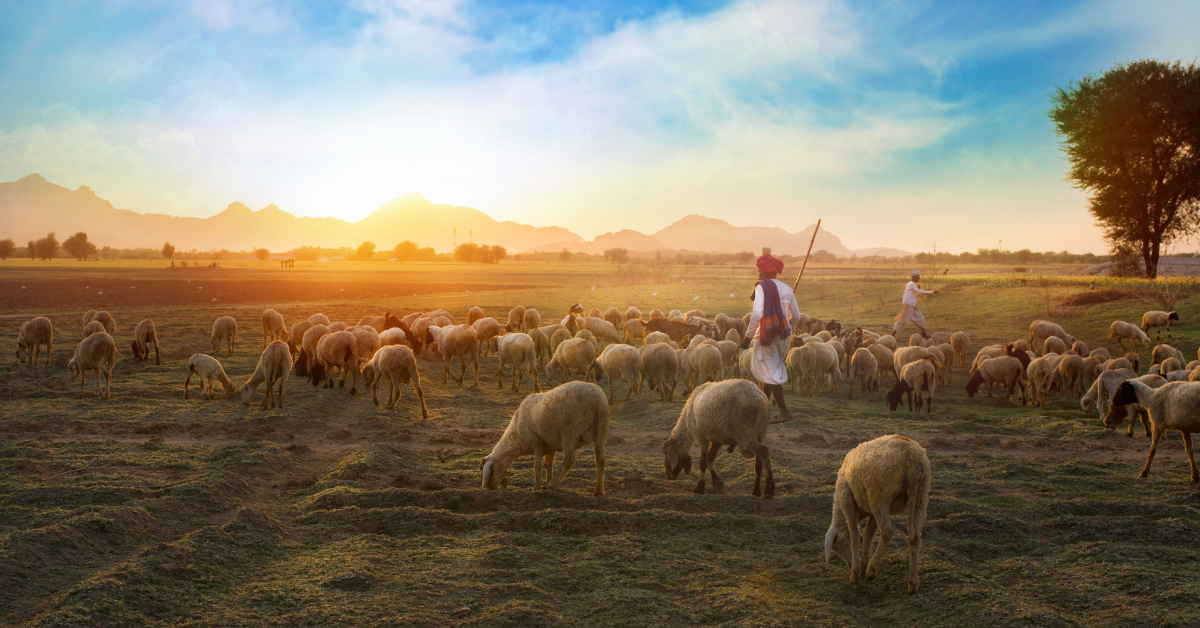 Kevin Pfleger is a lifelong member of the church residing in Boise, Idaho, with his wife and three kids. He has served in the bishopric of a student ward and in an Elders Quorum presidency. But his favorite callings by far, have been working with the young men of his ward. He served a full-time mission in the Arizona Phoenix Mission, Spanish- speaking. He enjoys playing soccer, running and making Christmas candy!

In December I am busy making Christmas candy at home. With three children home all day doing virtual school, I have been making a LOT of Christmas candy- multiple batches of fudge, divinity and toffee.

Our lives are a crucible wherein we are heated and tested and proved. The pressure and heat of our testing is most apparent in our service. Whether it is the difficulty in our labors as a bishop or as the leader of our family, the men and women of this Church give all and are sometimes bowed by the difficulty of the task.

For the families of full-time missionaries, who may not all be active members of the church, the sacrifice of being without their young son or daughter for two years might say it is too much to ask of them.

Remarkably, that is how it has always been, service in the kingdom often means:

There are times when the life changing temperature is already high and rising. Sometimes as the heat is increased, like the bubbling sugar syrup on the stovetop, the temperature inches upward as we become something different than we were before.

That is how it has always been.

I think of the Savior who provided us with the best example of service under fire, or service on the fire. Our lives, and the service we provide as mothers and fathers, plus the formal callings we receive at church, makes us into new creatures.

My vivid imagination conjures up images of our Father, bustling away in a heavenly kitchen, apron and all, monitoring the temperature while knowing exactly what the recipe demands. His recipes require much because He is making something great, much greater than fudge or divinity. This candy He is cooking will more appropriately reach Divinity as the spark within us grows, changes, and becomes.

Christ did the same in his mortal crucible-serving even as He suffered. Some specific examples of His divine and difficult service remind us of the cost- the ingredients and heat required for God’s most special recipes.

The Price of Service

After the dark and lonely night of agony in Gethsemane, Christ is confronted with the most bitter betrayal. His three closest disciples, Peter, James and John, could not keep watch with him through the difficult hours of the night. Thus, he suffered alone through the dark. By morning, His strength is flagging, He is tired, His robes are stained with expiatory blood, that oozed from His body as he suffered seemingly endless pain, for each of the numberless children of His father. In this weakened state,

Judas Iscariot approaches at the head of a mob, with “lanterns and torches and weapons.” Judas has come to betray Jesus, not with a sword, but a kiss.

“Then Simon Peter having a sword…smote the high priest’s servant [Malchus] and cut off his right ear.”

Christ is given the opportunity to serve, despite his diminished physical, mental, and emotional state. And so he does serve, healing the ear of Malchus, associate to a traitor, replacing that which is lost. Christ’s words then to Simon Peter are worth applying to our service,

“the cup which my Father hath given me, shall I not drink it?”

When we accept callings to serve in the kingdom of God, whether highly recognized callings or the most underappreciated, we drink the cup, knowing the cost that comes with our agreement to serve. Christ’s mortal life of service continued toward its predetermined end.

After sleeplessness, taunting and blasphemy, beatings, and ridicule, he is condemned to death on false charges. Even as he is nailed to a cross, through his hands and wrists and feet, he sees an opportunity for service. “When Jesus…saw his mother, and the disciple standing by…he saith unto his mother, Woman, behold thy son!” Likewise, his eyes fall on the disciple and tells him to “Behold thy mother!” He places his mother under the faithful watch care of his beloved disciple John.

His gaze was on the needs of those around him even as he suffered.

Serving on the Way to Something Else

Christ had the ability of tremendous presence, to not let his plans and schedule be uninterruptible. He was always serving on the way to do something else, even when it seemed to be inconvenient and difficult.

Generally, service in the Church is not convenient. Often, opportunities to serve come at the expense of something we had wanted to do more or that had taken priority in our schedule. But those well laid plans get set aside to look after the needs of another.

Before the atoning sacrifice of Gethsemane and Calvary, our Savior walked the earth as He was sought after by those seeking to be healed. “There came a certain ruler…saying, My daughter is even now dead: but come and lay thy hand upon her, and she shall live.” We know that the request to raise the girl from the dead was important and pressing to the Savior because he “arose, and followed him, and so did his disciples.” But on the way to serve this grieving father, in the press of a crowded street, the hem of his garment is touched by a woman “with an issue of blood twelve years.” He stops and addresses the woman, calling her “daughter” and heals her, lauding her faith and blessing her. Despite her moment of need and the purity of her faith, it was an interruption, a delay in the important task to which Christ was responding.

In our leadership, let us be interruptible. Able to lay aside the tasks we believe to be of most import in that moment, to serve and help those that have found us in the press of the crowd, in the chaos of our calendar.

There are further examples of Christ serving those whose miracles were not scheduled or planned for. These interruptions blessed the lives of those he healed and provided us with valuable insight and reminders:

As we serve, we seek to remember that accepting an assignment to serve is accepting the difficulties too, knowing it will stretch us and try us. It will change us, if we let it.

At Christmastime we think of shepherds. The shepherds who were visited by an angel announcing the birth of the Savior. We are reminded of the shepherd, the little babe who is incredibly both the Lamb and the Shepherd, who gives His life for all and who leads his flock to living water and bread from heaven.

There are shepherds in our lives, bishops who give their time, energy, and even some of their identities to serve their flocks and who seek to lead the ward to pasture.

There are other shepherds: our spouses, our kids, strong women and men who serve at great personal cost. Let us count ourselves among the noble shepherds, and let us be reborn as we start a new week, a new month or a new year, recommitted in our efforts to save souls and lift hearts.

Remember that while we may feel pulled and stretched and heated beyond recognition like sugar syrup in a Christmas recipe, sometimes God cooks us longer and at greater temperatures than others depending on what He wants us to become.

Become a shepherd, embrace your role as a leader and be at peace with the difficult process of changing and becoming new.