Remember Who You Are – Inspiring Our Youth 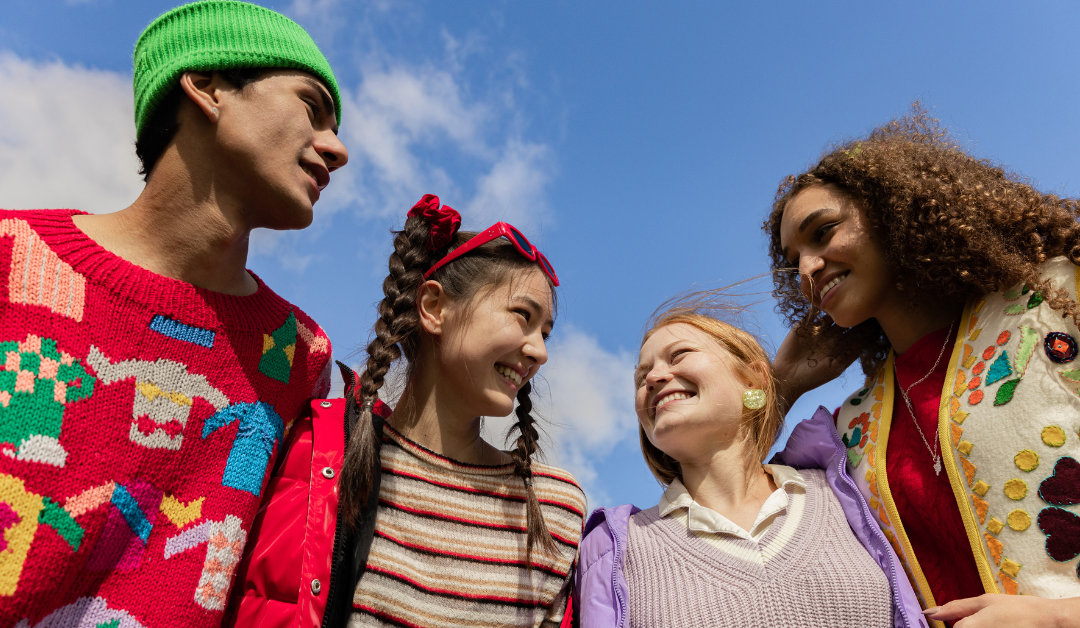 Dack Van Orden was born and raised in Idaho Falls, ID. He currently lives in the Houston Texas area where he and his wife are the parents of three daughters and one bonus daughter. He has served in a variety of callings within the Church, most of which have been in various youth callings. His favorite was teaching early morning seminary. He currently serves in the high council as the stake Young Men president.

I recently spent a week at young men’s camp as the stake young men’s president. We had a chance to speak with the young men about who they want to become. We also spoke with them about being the central figure in the story of their lives.

As leaders, we can play a crucial role in helping the youth we serve remember and discover who they truly are – chosen daughters and sons of God.

We need to seek after those who are floundering with their view of who they currently are and are destined to become. Those who may be in the throes of shame due to less-than-stellar choices. Youth who may be very comfortable with where they are but are not striving to discover and become their best self.

Part of a Great Plan

I am a big fan of Walt Disney’s the Lion King. Each year I would show the animated version of the Lion King to my early morning seminary class, and we would talk about some of the gospel principles that you can find if you watch and listen with your spiritual eyes and ears.

To give a quick recap of the story, Simba is a young lion cub that is being raised a prince. His father is the king, the great and powerful Mufasa. As the movie progresses, we see that Mufasa is teaching the young Simba how to be the future king. We also come to learn that Mufasa and Simba have a wonderful relationship with each other. Simba learns that he is part of a greater plan called the circle of life.

Exposing the Effects of Shame

One day, Scar, the adversary of the story, convinces Simba that he has killed his father. Scar tells Simba that he should run away and hide. That he should never return. Scar attacks Simba’s identity. He attacks how Simba sees himself. He convinces Simba to feel shame and guilt about his actions. Simba no longer sees himself as being worthy to be the future king, so he follows Scar’s advice and leaves his home. He leaves his calling and the pride.

Satan is always striving to bring shame into the story of our life. As leaders, we can strive to be sure that when we have the inspiration to correct something that needs correction, that we do so with love unfeigned. We need our words and actions to balance with the inspired counsel of Doctrine & Covenants 121:43:

“Reproving betimes with sharpness, when moved upon by the Holy Ghost; and then showing forth afterwards an increase of love toward him whom thou hast reproved, lest he esteem thee to be his enemy.”

As youth leaders, we also need to seek after ways that we can counter the lies that Satan propagates through social media and other means.  Our youth need to regularly hear a voice of truth and conviction regarding their true identity.

The Effects of Comfortable

As the story continues, Simba ends up in a very comfortable place where life becomes “hakuna matata” or worry free. His new friends, Pumba and Timon, further Simba’s identity struggle by telling him he can no longer eat like a lion. He must adjust his lifestyle. He learns to eat bugs and grubs. This plan continues for some time, but eventually Simba begins to see that something is missing. He sees his life is missing purpose and direction.

Are we are seeking after opportunities to help our youth, we need to strive to provide experiences that become soul-stretching opportunities, to get out of their comfort zone and truly discover who they are and who they can become.

“The daily work of the Lord involves changing hopeless to hopeful—for all of us. And it is for us to find at last that in the midst of winter we have within us an invincible summer. In a world filled with adversity we can reach for joy.”

We Can Be Their Guide

During one of these moments of self-reflection, Simba goes for a walk and runs into Rafiki, a guide.

Allow me to point out some highlights that stuck out to me. When Rafiki asks Simba who he is, Simba’s response is, “I’m a nobody”. We can truly see how Simba sees himself. Once the son of a king, now Simba has completely lost his identity.

We can also be a guide to our youth as we have group and individual revelatory experiences that will remind them of who they truly are.

Rafiki then takes Simba on a journey to see his father. As Simba looks down in the water all he sees is his own reflection, but Rafiki encourages him to look harder. As he does, he sees the image of his father, Mufasa.

Simba then has a revelation and conversation with his father. Again, I find this exchange so powerful if we make the connection between our own lives and that of our Heavenly Father. Mufasa tells Simba that he is the one true king and that he must take his place as that king. Simba responds that he doesn’t know how to be like his father. Mufasa responds that his proudest moment was having Simba has his son, and that the father-son relationship they have is for eternity. Mufasa tells Simba that he has never left him and never will. That he needs to remember his divine role as a son of the king.

Each of us, at times, have felt as Simba did, lost and alone. We have felt the deep pains of shame and guilt. We may have even listened to the adversary’s voice and forgotten who we are. We may even have tried to run away from our past. But within each one of us is a divine destiny. We are all sons and daughters of a loving Heavenly Father.

We are all part of a grand plan of God. We must remember who we are and whose we are. We can always return to Him and take our place at his side. As we recognize and remember our divine destiny, we can also guide and encourage our youth to also discover whose they truly are.