Leadership and Building Your A-Team 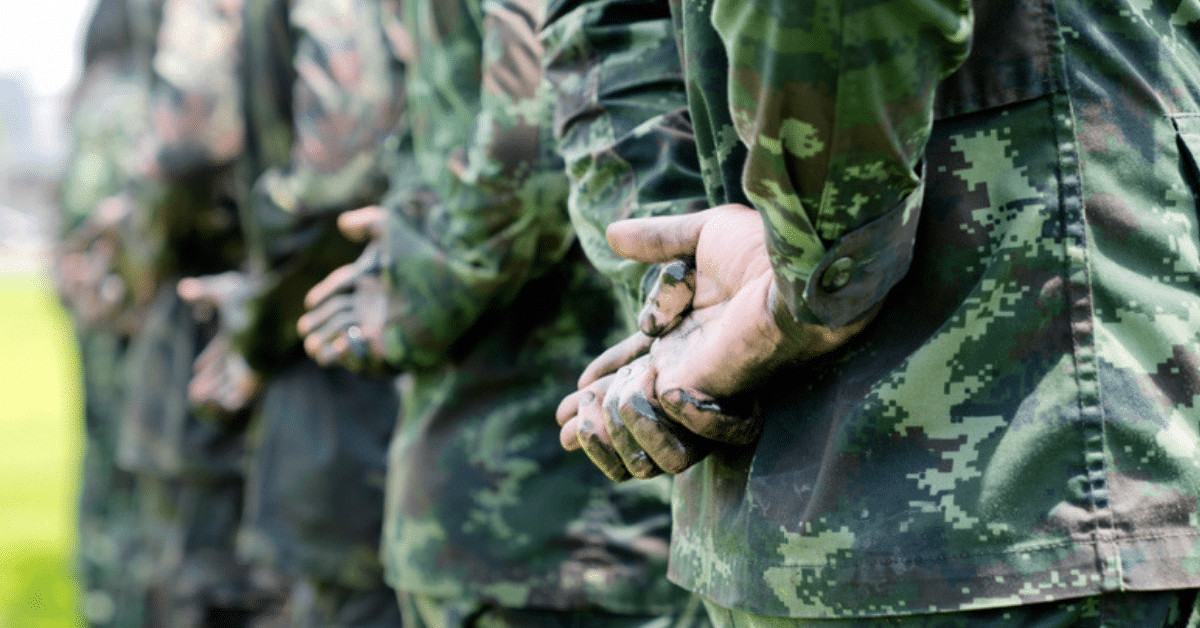 Colby Jenkins is a former U.S. Army Special Forces Green Beret who commanded a Special Forces A-team in combat. He currently serves as Bishop for his ward in California and served a mission in Brazil. Colby has worked on Capitol Hill, specifically the U.S. Senate, and also the Pentagon where he managed the congressional portfolio for the nation’s #2 military leader. He also taught as an adjunct professor at George Washington University’s Graduate School of Political Management. Colby is a current Google manager working at Google Headquarters. He remains in the Army National Guard where his service to the nation continues. To learn more about Colby and his leadership principles, please visit him at   https://colbyjenkins.com

As the current Bishop of a 400+ member congregation in the Church of Jesus Christ of Latter-day Saints and former active duty U.S. Army Special Forces Green Beret, I have seen my fair share of combat, both spiritual and temporal. Forces of evil are very real in the flesh, as I experienced firsthand battling the Taliban in Afghanistan. Evil also wages battle for the souls of Heavenly Father’s children. Like Captain Moroni in the Book of Mormon, we must take care to plan strategies to defeat or outwit our enemies while fortifying our weak areas against eventual attack. We deter attack by preparing for war during times of peace.

What areas in your life require your attention during times of peace? When certain temptations arise testing the same areas you once thought were strong, how do you react? How might you fortify your weak places or employ strategies to go on the offense or even defend against temptations?

Fortification and strength come from the joining of many, like the timbers that encircle a center forming a fort of safe haven. It is better to stand and face opposition fortified with a team as opposed to standing alone.

Principles of leadership and team-building are at the heart of strengthening an individual. A Special Forces A-team serves as a prime example of how individual talents and expertise may rally the strengths of the one for the good of the whole. Like Helaman and his stripling warriors, a team led in righteousness and united in purpose represents a formidable force for defeating the influences of evil.

During the early years of Operation Enduring Freedom in Afghanistan, my Special Forces A-team and I found ourselves very active. There was one particular valley we had our eye on and had been working to access. One day we caught a break as we gained some valuable intelligence regarding enemy movement in this same area we sought to influence. We knew we had little time and were going into an active target area in southeast Afghanistan. We also knew we had a shot at a high-value target many had been chasing for some time. Success in this operation could mean increased stability for the area and one step closer to a peaceful solution. We took our chance.

Flying in on two Chinook helicopters, with their twin-engined, tandem rotors, loaded with my team of U.S. Army Special Forces Green Berets and our Afghan soldier counterparts we represented a powerful force. We were also fortunate to have an Apache helicopter sitting in overwatch to cover us from above with other aircraft on short alert. Despite our overwhelming firepower, the one constant in war is there is no constant. In war, there is fog or uncertainty while the enemy always gets a vote in how you execute your plan.

Like Captain Moroni did battling the Lamanites, a leader may plan for every contingency and position forces with appropriate resources in order to mitigate potential enemy actions and reactions.

In this operation, we had little time to adequately survey the area we were coming into in order to have a thorough idea as to how the Taliban leader had positioned his force. As we approached the area, a Taliban heavy machine gun position directly engaged my helicopter causing catastrophic damage to the rear rotor engine.

Fortunately, my helicopter had just enough lift remaining to dump my portion of the assault force onto the ground while proceeding down to the valley below to make a hard landing.

There we sat, our forces divided, the Taliban directly between us, and a downed helicopter with its crew sitting exposed in the valley below. The heavy machine gun fire had split my force with my helicopter going down near one side and the other helicopter jumping to the far side of the area in order to deposit the remaining part of my force. Now, instead of assaulting the target together, the Taliban divided us.

To make a long story short, we succeeded in actually maneuvering toward each other, essentially firing in the direction of the other. We eliminated a beehive of Taliban activity and firepower, along with the initial heavy machine gun position. We captured alive our intended target.

Some might say we were lucky that day. However, we knew our success resulted from countless hours of training. We prepared for such contingencies, trusted one another, while feeling the strength of teamwork, communication, and expert soldiering.

For me, as the leader on the ground, I had a moment of divine clarity at a crucial crossroads allowing me to ensure we were not shooting each other. I attribute that safety and clarity to the Priesthood blessing I received from my father, joined by my brother and brothers-in-law, shortly before my deployment. My testimony of Priesthood power and the protection it provides is real, and reinforced by experiences such as this.

In this example of personal combat in Afghanistan, one may glimpse some fruits of leadership and building an A-team which is applicable in the realms of spiritual and temporal combat. A few principles that contribute to dynamic leadership include:

These principles of leadership, combined with others, enable a leader to build his or her own A-team.

An A-team represents strengths fastened together from the individual talents of its members. Let’s look a little closer at a couple of these principles.

As a leader, much like a lighthouse, one must stand on solid ground, marking the presence of danger and directing teammates towards a safe harbor. As a lighthouse stands upon rocks that threaten to sink ships, so too must leaders stand between obstacles and those he or she leads. A leader must weather the storms and violent waves that seek to rock the team’s foundation.

Contributing to such a foundation is the leader’s ability to be authentic. A leader must trust in and be confident with the talents he or she possesses. A leader avoids pretending to be someone he or she is not. Do not “fake the funk” as a leader because those you seek to lead will easily see through the “smoke and mirrors” you attempt to use. Be yourself, trust in yourself and surround yourself with friends who help you remain authentic and true.

The time to believe in yourself is now! This belief also contributes to your strong foundation. Back in Afghanistan, my team believed in itself long before the helicopters arrived to fly us into a gun-fight. We gained our belief through training, planning, rehearsing and trusting in one another. It would have been devastating had we boarded those helicopters lacking belief relying instead solely upon our firepower to save the day.

You, as the leader, must believe in yourself now gaining such belief through personal training in areas spiritual and temporal. Follow Captain Moroni’s lead to “throw up dirt” around weak areas and fortify yourself before doubt strikes. Do not delay believing in yourself until boarding the helicopter that may take you into your daily battles.

Finally, humility, or the ability to not be afraid to ask for help, also contributes to a strong personal foundation. A leader must recognize he or she does not have all the answers. Thus, a leader must surround him/herself with a team of experts and not be afraid to say, “I don’t know, let me find out,” while turning to the team for help. The ability to ask for help, while remaining accountable to the task at hand, fosters trust and confidence.

Your leadership foundation gains strength from your ability to stand firm like a lighthouse, being true to yourself, believing early and recognizing the need for help when appropriate.

In the Church of Jesus Christ of Latter-Day Saints, the ward family, or primary congregation, like a Special Forces A-team, is comprised of individuals possessing a variety of talents, life experiences, and individual desires. Such diversity of strengths and weaknesses, once harnessed, may serve as a powerful engine to drive a team…and not just any team, but a special A-team.

There are many building blocks that serve to form the foundation of a successful team. One in particular is the leader’s ability to see and treat the individuals as a team first, and individuals second. Green Berets seek to be known as a Green Beret, or “shooter,” first, and their specialty second. For example, the weapons sergeant, who is an expert in all things weapons, sees himself as a member of the team first before considering himself for his individual expertise. The same goes for the team medics, communications sergeants, engineers and other specialties each Green Beret possesses. Give me 12 shooters first, before you give me 12 individual specialties.

Likewise, on your own A-team, a leader avoids labeling his or her teammates. A leader avoids seeing someone as a particular skill set first and teammate second. On the contrary, a leader treats his or her teammates as a valuable member of the team first before narrowing down to the individual strengths. A leader encourages a sense of unity and teamwork first. A leader helps a teammate look beyond individual limitations while focusing instead on the strength a unified team may provide.

As a leader, be the lighthouse for your team. Stand firm, stand between danger and those you lead. Provide direction towards safe harbor where your team may find success and peace. Be authentic, believe in yourself now, exercise mercy and understanding, and when in charge, be in charge.

These principles, along with others, may help you as a leader to build your own A-team by harnessing the talents of many into a united front of strength.