Is It Okay to Criticize Church Leaders in Public? 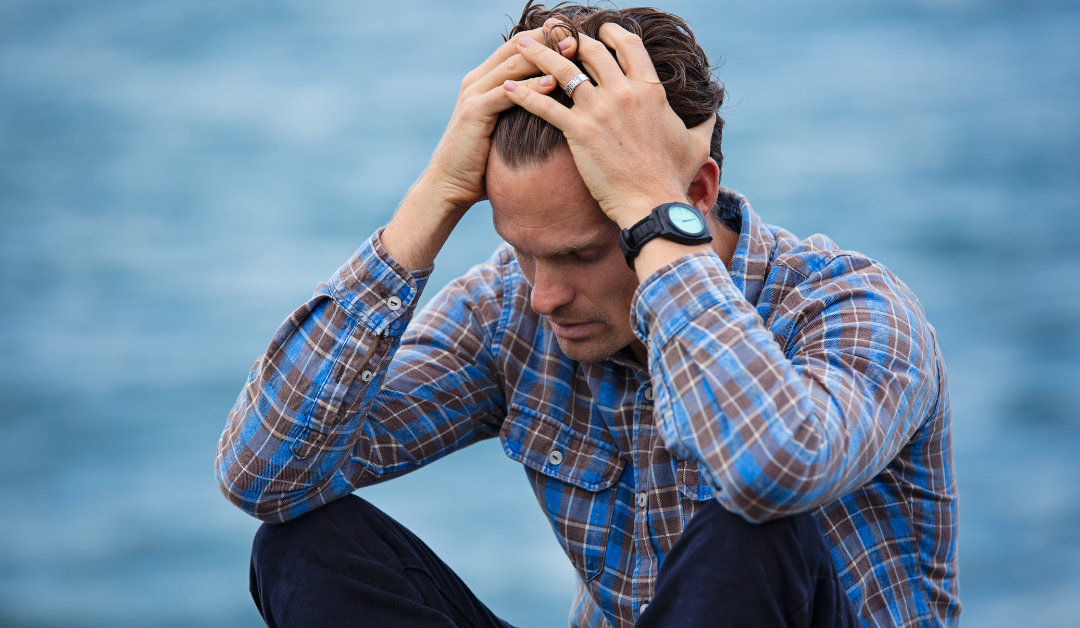 Recently, I’ve seen some active members air their grievances about the church in public, on social media, causing contention, confusion and even a swell of support against The Church of Jesus Christ of Latter-day Saints.

Realizing that is never easily “black and white”, these occurrences have got me thinking about the topic of how we should handle grievances about the church and/or its leaders.

It Is a Covenant for a Good Reason

There’s a very good reason why, when we receive our temple endowment, one of the covenants we make is to never speak ill of the Lord’s anointed (i.e. never publicly criticize our church leaders). When one publicly starts to criticize church leaders, it becomes like a virus that starts to get passed on from one member to the next, creating discord, doubt, confusion, and instability in the Lord’s church.

This plays right into Satan’s goal which is to “stir up the hearts of men to contend with anger, one with another,” especially within God’s church. When we post criticisms of our church leaders on public social media platforms, Satan laughs, and his angels rejoice. He is using that person, unknowingly to further his goal of weakening God’s kingdom.

“O that cunning plan of the evil one! When they are learned they think they are wise, and they hearken not unto the counsel of God.” (2 Nephi 9:28-29)

Let me make a point here that I will discuss more fully later, there is a difference between discussing a concern with a leader in private and discussing it very publicly. The public discussion and discord is what I’m focusing on right now.

Public Criticism Is Not the Savior’s Way

4. He immediately gave them, and the others who were there, a stern commandment not to argue between each other and not to argue about the points of His doctrine, as they had been doing.

“And there shall be no disputations among you, as there have hitherto been; neither shall there be disputations among you concerning the points of my doctrine, as there have hitherto been. 29 For verily, verily I say unto you, he that hath the spirit of contention is not of me, but is of the devil, who is the father of contention, and he stirreth up the hearts of men to contend with anger, one with another. 30 Behold, this is not my doctrine, to stir up the hearts of men (i.e. members of the church) with anger, one against another; but this is my doctrine, that such things should be done away. (3 Nephi 11:28-30)

The Savior knew that the one thing that could damage His church is leaders and members arguing amongst themselves, and especially about His doctrine.

The Lord said, “If ye are not one ye are not mine.” (DC 38:27) He also said, “That they all may be one; as thou, Father, art in me, and I in thee, that they also may be one in us” (John 17:21). How can we be “one” in Christ when we publicly criticize our church leaders? When one person does it, then another thinks it’s okay to do it and quickly it becomes a virus that infects congregations and then it spreads, killing the faith of the membership of God’s church. This is not the Savior’s way.

I remember serving in a bishopric with a very wise bishop. There was a family that was really upset about something that the bishop had done according to church policy. It was something that the bishop was supposed to do, but the family didn’t like it at all. So, he went over after church to their home and apologized for any hurt feelings and he shared his love for them. The family’s hearts were softened, and all was well.

I asked him later why he didn’t try to defend the policy of the church to them.

I never forgot his counsel.

Please do not underestimate just how important unity is to God, and the church he has established through his son Jesus Christ.

Is It Bad to Have Grievances Against the Church?

Grievances are when we have a feeling of resentment over something believed to be wrong or unfair. Grievances are complaints against the church when it is believed that something is wrong, unfair or someone has been hurt unfairly. The difference is that grievances carry feelings of intense resentment, anger, or bitterness.

This sometimes happens in our church. Church leaders are human, and members of the church are human and sometimes they do things that cause feelings of resentment. In saying that I am in no way defending a church leader or a policy that has hurt a church member. These types of grievances are legitimate and need to be addressed swiftly and appropriately.

There Is a Proper Way to Address Grievances in the Church

Grievances should be addressed through the priesthood line of authority. This is what the church handbook says,

“Members who need spiritual guidance, have weighty personal problems or have doctrinal questions should make a diligent effort, including earnest prayer and scripture study, to find solutions and answers themselves. Church members are encouraged to seek guidance from the Holy Ghost to help them in their personal lives and in their family and church responsibilities. If members still need help, they should counsel first with their bishop. If necessary, he may refer them to the stake president.” (Church handbook 38.8.26)

Some members may not understand this process or do not like this guidance. They might feel that their bishop or stake president are too “low on the totem pole” to create change. They might call it too “patriarchal” or too “chain of command-ish.” They might believe if they gather a petition with signatures or stage a rally in front of church headquarters, they will get the attention of “higher up” church leaders. They believe that if they make enough “noise” in the public square and are able to gather members to support their cause, that they can capture the attention of someone “higher up” who can make a change. This is not the Savior’s way to address grievances in His church.

As the church handbook says, when you have a grievance with the church, the order of the church is to privately bring it to your Bishop. If you are not satisfied with the Bishop’s response, then you can privately counsel with your stake president. If the stake president thinks it is necessary, he will counsel with his area authority. And there is nothing stopping anyone from writing letters to a general authority at church headquarters, but members are discouraged from doing that simply because it would overwhelm the general authorities. In fact, the church handbook says, “In most cases, correspondence from members to general authorities will be referred back to their local leaders.”

The Lord’s plan for His church is to help His children become like Him and achieve eternal life. The adversary’s plan is to do just the opposite. His plan is to destroy the church. And he knows the best and easiest way to do it is from within the church.

Publicly airing grievances can cause contention, discord and dissension within the church and between its members. And it also can damage the faith of sincere members who are striving to build their own testimonies.

When you have a grievance that you are hoping for a positive resolution, posting it on Facebook, sending mass emails to other members or going on podcasts will not help in that resolution. Neither will using the pulpit on a fast and testimony meeting to voice your complaints and criticisms.

When Alma and the sons of Mosiah went around trying to publicly destroy the church, an angel appeared to them and said, “Alma, arise and stand forth, for why persecutest thou the church of God? For the Lord hath said: This is my church, and I will establish it; and nothing shall overthrow it, save it is the transgression of my people.” And he told him, “Alma, go thy way, and seek to destroy the church no more.”

“O that cunning plan of the evil one! O the vainness, and the frailties, and the foolishness of men! When they are learned they think they are wise, and they hearken not unto the counsel of God, for they set it aside, supposing they know of themselves, wherefore, their wisdom is foolishness and it profiteth them not. And they shall perish.” (2 Nephi 9:28)

Here are two personal examples in my own life when I brought an issue up with my church leaders.

This is how you handle grievances in the church. You take them through the proper priesthood authority and escalate them through those channels as you feel is appropriate. Then, have faith that good decisions will be made.

Elder Dale Renlund, in his book, The Melchizedek Priesthood states,

“We are always blessed when we support priesthood leaders even if we feel aggrieved or disagree with a decision.”

In the end, you use your faith in Jesus Christ that he will use his chosen church leaders appropriately. If you do not like the outcome, you humble yourself, accept it and seek to understand their decision. This is the Savior’s way. This is what maintains unity and order in the Lord’s church.

Obviously, in cases of acts of abuse, it is appropriate to go directly to legal authorities, as well as the bishop. The church handbook states,

“Church leaders and members should fulfill all legal obligations to report abuse to civil authorities. No church leader should ever dismiss a report of abuse or counsel a member not to report criminal activity.”

If you think a person has been hurt by a church policy or a church leader’s decision, or you believe someone’s membership has been taken unfairly or you have any grievance with the church or a church leader, I invite you to address it in the Savior’s way.

I invite you to never speak publicly or use social media as your public platform to voice your grievances, speak ill of any church leaders or air negative opinions about the church. This plays right into Satan’s playbook to destroy God’s church.

Instead, I invite you to do as the church handbook prescribes,

“Members who need spiritual guidance, have weighty personal problems, or have doctrinal questions should make a diligent effort, including earnest prayer and scripture study, to find solutions and answers themselves. Church members are encouraged to seek guidance from the Holy Ghost to help them in their personal lives and in their family and church responsibilities. If members still need help, they should counsel first with their bishop. If necessary, he may refer them to the stake president.”

May the Lord bless you in your continued efforts to express your concerns appropriately, keep your covenants, live the gospel and stay on the covenant path.