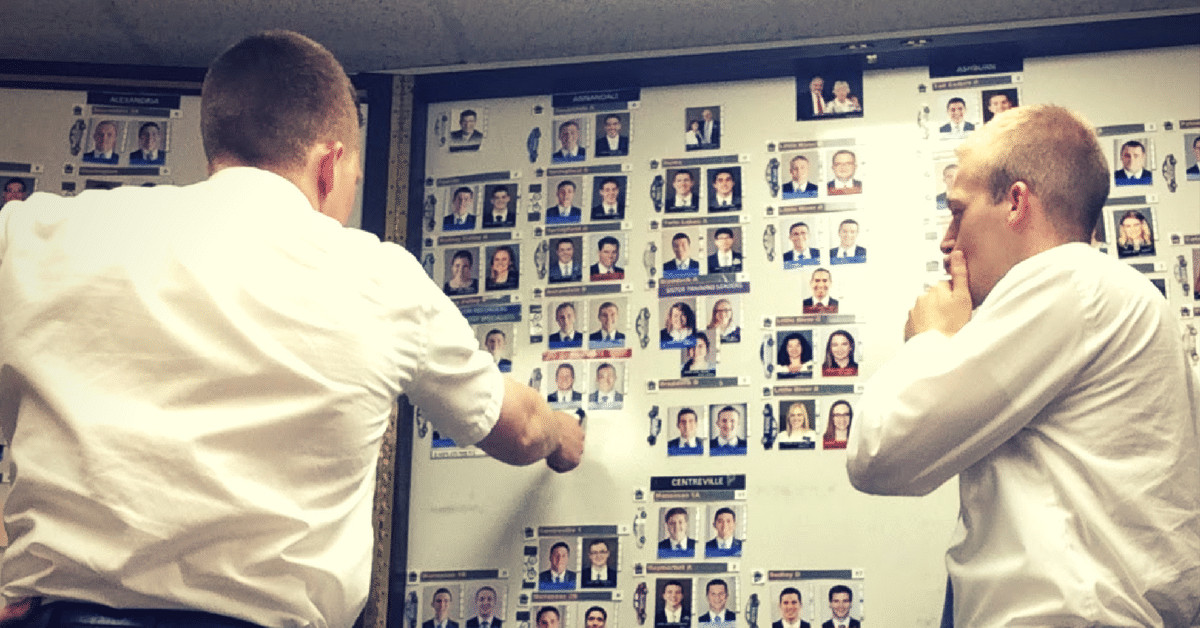 We learn from the Fifth Article of Faith and from the Church Handbooks that “a person must be called of God to serve in the Church.” Notice the preposition is “called of God,” not called by God. It’s easy for leaders to assume that God has a calling board in heaven on the wall of His office covered with magnetic pictures of each person in your ward. We assume He has determined every calling in your ward and carefully placed individuals in specific auxiliaries, and He is waiting for you, the leader, to read His mind so that you put every person in his or her perfect calling so that your calling board matches His. This results in leaders straining to read the mind of God; or trying to figure out who was called by God, rather than who is called of God. Elder Bednar gave a similar message in the April 2017 General Conference when he said, “…a missionary is not called to a place; rather, he or she is called to serve.” Likewise, a member of your ward is called to serve, and where they are assigned in your ward may not always be gift wrapped in revelation.

I’ll be the first to admit it’s a powerful experience when a specific person comes to the mind of the bishop, and he knows where this member should be called to serve. But leaders must also feel confident in placing individuals in callings per their own decision making capacity rather than expecting a clear revelation in every instance. Elder Robert D. Hales said, “I remind all of us that the Holy Ghost is not given to control us. Some of us unwisely seek the Holy Ghost’s direction on every minor decision in our lives. This trivializes His sacred role.” This guidance can be applied to making decision in our wards and organizations. Often, revelation comes by leaders deciding with the good judgment the Lord gave him or her, and then considering it revelation. The life experiences and decision making ability the Lord has given leaders is a way He influences and directs through revelation. Once leaders recognize the autonomy they have in whom to select to serve, the more confidence they have to make a call and not fret when it doesn’t work out, or the process is messy.

That said, the following are key pitfalls some leaders experience in the calling process. My hope is that leaders can watch out for these pitfalls and act with confidence, minimizing the burden of trying to read the mind of God in every instance.

Expecting Specific Revelation for Each Calling

When leaders have the mindset of finding who is called by God rather than who is called of God, we tend to search for a specific name who could serve, rather than a list of options. This is often seen when the bishop is approached by the Relief Society president and the Primary president, both having received inspiration that a specific sister is to serve in her auxiliary. It may be that the Lord places the name of an individual in the mind of the leader not that the individual should be specifically called to that position, but rather, He is guiding you to consider someone you haven’t, helping you arrive at a better decision.

When the Bishopric Makes All the Assignments

These forms of micromanaging are incredibly diminishing to a capable auxiliary leader and will encourage him or her to disengage from his or her calling. The more autonomy the bishopric can give to ward council members, the more success the ward will have. As a bishop, I make it a habit to ask an auxiliary leader to counsel with their presidency and submit a name of someone they feel good about calling. I would not give them a list of names until they first attempted to reason out as a presidency any callings in their organization. This creates a culture of empowerment for those leaders. They feel in control of their auxiliary and supported by the bishopric. I remember one instance where the Sunday School president submitted a name to the bishopric for a new Gospel Doctrine teacher. I thought to myself, “that wouldn’t have been my choice,” but moved forward with faith in the process they had gone through. Several weeks later I remember sitting in the Gospel Doctrine class amazed at how well this newly called individual was interacting with the class and the wonderful spirit the teacher invited. It was a testament to me of the power of trusting an auxiliary leader to receive inspiration for his or her stewardship with the support of the bishopric.

When Only Members Without Callings are Considered

When more trust is given to auxiliary leaders, new leaders can find this trust overwhelming. They would sometimes prefer that the bishopric make all the calls. After repeated encouragement from the bishopric, the timid leader attempts to find someone to call to their auxiliary. They default to the “Members Without Callings” list because they don’t want to upset another member of the ward council by “poaching” someone from another auxiliary. Or, when an auxiliary presidency is reorganized, other auxiliary leaders may jump on the newly released members like “fresh meat.”

Considering only members without callings limits the revelatory process. As the bishopric encourages auxiliary leaders to counsel as a presidency about whom they should call, they should also be encouraged to consider anyone in the ward. If the Sunday School president submits the name of the current first counselor in the elders quorum presidency to serve as a Gospel Doctrine teacher, it is the bishopric’s opportunity to counsel with these two auxiliary presidents to discuss where he should be called of God in the ward. By considering an individual’s work, family, and capacity, inspiration will come and the bishopric will make the final decision if the change should be made.

What other pitfalls have you experienced in the callings process?

What has worked best for you to stimulate the revelatory process so that all are called of God?