What did Joseph Smith Learn from the Book of Mormon about Church Leadership? | An Interview with Jerry Smith 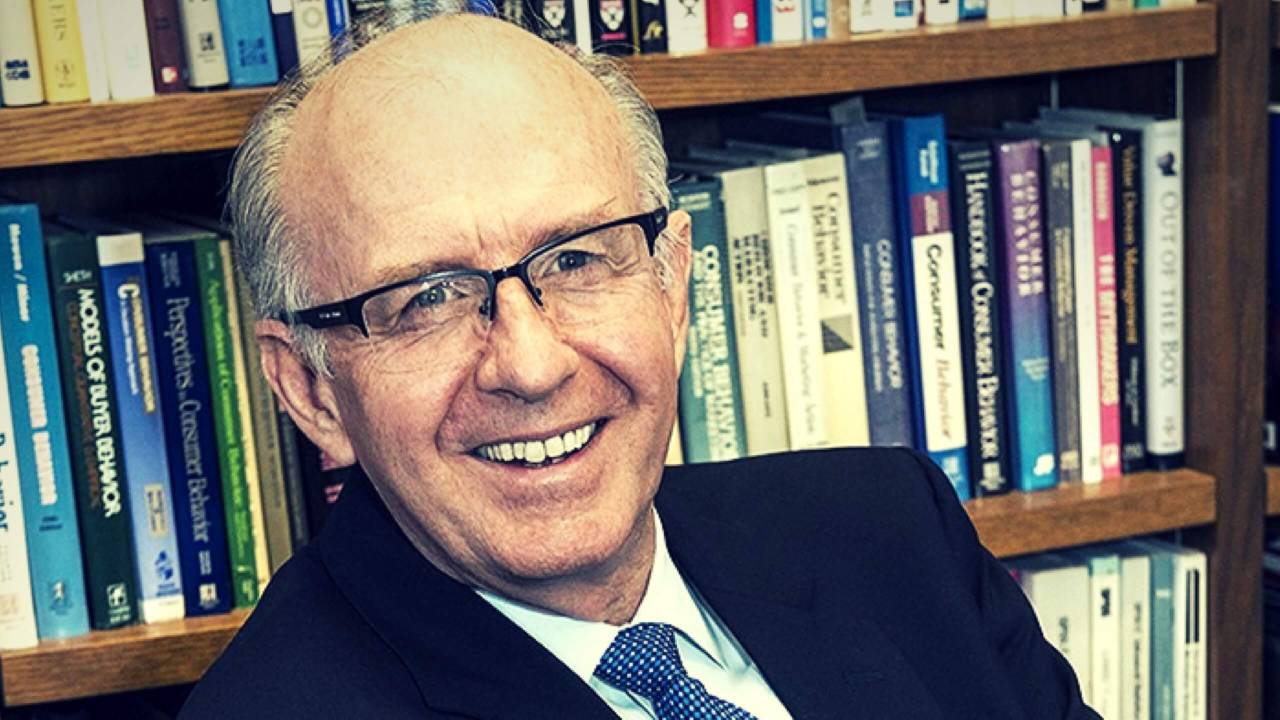 Jerry Smith is the author of Schooling the Prophet: How the Book of Mormon Influenced Joseph Smith and the Early Restoration. He is originally from Salt Lake City and served his mission in the Boston Massachusetts area and later returned there to continue his college education. He now teaches in the School of Management at Boston College and also teaches Institute classes in the Boston LDS Institute. He has served as bishop 3 times and in a stake presidency, and in many other Church callings.

In this interview we discuss the research that went into his new book and how it relates to the administration of the Church. The following is a brief summary of some of the answers he provided. To hear his complete responses listen to the full episode above.

Why did Joseph Smith not quote from the Book of Mormon after he translated it? (15:00)

This may surprise you but Joseph Smith rarely quoted from the Book of Mormon after he translated it. This was the same for Brigham Young and for the general membership of the Church during the early restoration. In fact the Bible was quoted 20 times as much as the Book of Mormon. The Bible was such a dominant book of scripture at that time that even the members of the Church mainly quoted from it. Jerry Smith believes Joseph was frustrated by this, as seen in a revelation from the Lord chastising the Church for “treating lightly the things you have received.” (Doctrine & Covenants 84:54)

Were temple ordinances influenced by the Book of Mormon or by Joseph Smith’s exposure to Free Masonry? (22:20)

From Jerry Smith’s research he is convinced that in the early years of the Restoration Joseph Smith’s early vision of the temple worship was not influenced by Free Masonry, but was initially inspired by what he found in the Book of Mormon and in the schooling experiences centered in the Book of Mormon translation period, from 1823 to 1830. From the very beginning when Joseph Smith was receiving “schooling visions” from Moroni, one focus of those visions was the return of the latter-day temple. This set in motion the ongoing search Joseph had in restoring temple worship. He began early on looking to build temples, first in Independence, MO, and then in Kirtland, OH, then in Far West, MO, then Adam-ondi-Ahman, MO and finally in Nauvoo, IL. Obviously, these temples, other than at Kirtland and Nauvoo, were never constructed but it was clear that Joseph felt an urgency to restore temple worship.

Dual-Form Worship is a term that Jerry Smith uses in his book to point out the unique characteristic that the restored Church has, where we worship in small chapels on the Sabbath and then separately attend the temple on another day. No other Christian church has this form of worship. There is only one mention of the word synagogue in the Old Testament. The Book of Mormon records synagogue worship and temple worship happening side-by-side in many accounts.

Why Does the Presiding Authority Take the Sacrament First? (31:30)

Joseph Smith recognized the details and protocols that were being followed in the ancient Church in America. One of those protocols is that the presiding authority first takes the sacrament. We see this example in 3 Nephi 18 when the Savior blesses the sacrament and first gives it to his disciples and then commands them to give it to the multitude. Jerry explains that this gives the leader the opportunity to first reconcile his own sins as an example and then give the congregation the same opportunity.

Most, if not every, church has an organized service on a weekly basis, but in the early 19th century we were one of few churches who offered the sacrament or the Eucharist frequently, on a weekly basis. This practice was instructed by Jesus during his visit to Bountiful in the Book of Mormon. The Savior talked about this in 3 Nephi 26, recorded later in Moroni 6.  .

Where Do We Get the Nomenclature of Priesthood Offices? (38:30)

In 1829, before the formal organization of the Church, 4 priesthood offices were restored: disciple, elder, priest, and teacher. There are obviously more priesthood offices in the restored church and these adjustments came later. The title of priest was controversial in the anti-Catholic culture of 19th century North America.  Joseph established the title anyway because it came from the protocols of the church in the Book of Mormon.

Is There Evidence of the Aaronic Priesthood in the Book of Mormon? (45:50)

There is evidence of priests and teachers working side-by-side in officiating in priesthood ordinances. However, in the Book of Mormon there is only reference to the High Priesthood. There is no reference to a lower priesthood or the Aaronic Priesthood. The Book of Mormon also focuses on the office of High Priest. In the Old Testament there is only one high priest in Israel. But the idea of ordaining many high priests had precedent in Alma 13.

Near the end of the interview we discuss Jerry Smith’s experience as a bishop and his unique approach to reaching out to inner-faith groups and building strong relationships with other pastors and church leaders in his area.

Christian Envy of the Temple, by Hugh Nibley