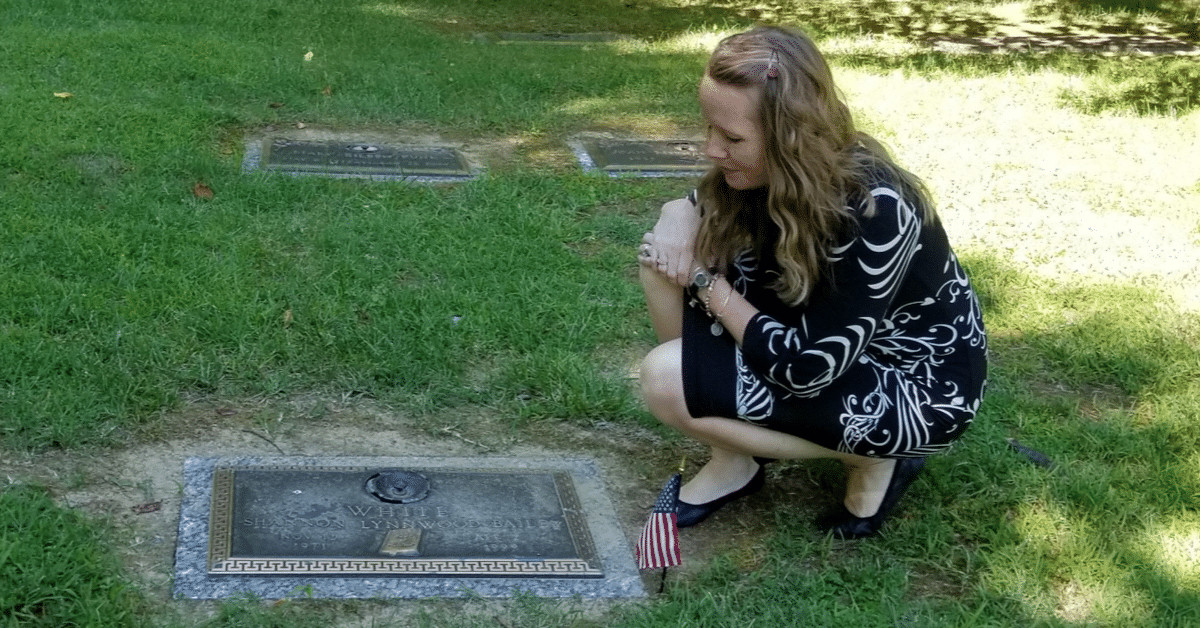 Tanya Bennion is a mother and graphic designer/web developer, and enjoys photography and travel. She grew up in Wyoming, served a mission in Fukuoka, Japan, and attended school at the University of Wyoming, BYU, and American University. Tanya and her first husband, Bailey, were married just over two years before he passed away. She and her second husband, Jeff, have one son and live in the Salt Lake City area.

06:45 Whirlwind romance; met and married Bailey in six months
07:45 He was a convert and they married in the Timpanogos temple
09:30 Six weeks into the marriage, they found a lump on his neck and he had Hodgkin’s Lymphoma. She knew she would be a widow soon.
11:00 Rollercoaster of medical problems during their short marriage, and he died shortly after being declared clear of cancer, two years three months into their marriage; she was 25
13:25 Experience finding him at home
16:40 He was her knight in shining armor, and she had to pick up the pieces
17:30 Grief group was run by nuns, for women 65 and younger, and no one in the group understood her experience, but she found that it was still very helpful for her because she was talking about it. Stayed for a year to reduce potential for additional trauma.
20:00 Social relationships changed because of the uncomfortable circumstances, but her visiting teachers were her rock and one young girl at church sat with her every week; any conversation is good and better than ignoring
23:00 Men can be sealed to multiple wives while they are living, but women can only be sealed to one man while living. This is difficult for young widows because young men don’t want to date and marry someone who is already sealed to someone else.
24:45 Her advice: Talk about it every chance you can because that is how you will heal
25:30 Created a support group for young Latter-day Saint widows without children, and began serving at the Washington, D.C. temple
29:30 Dating: almost everyone lost interest as soon as they learned she was sealed to someone else. How our religious culture plays into this and what it really means.
35:05 Difficulty because there are no resources for young widows in the Church, and some policies are roadblocks despite no problems with worthiness; she has always had to teach her leaders how to deal with it because they don’t know how it all works
39:30 You are not denied any blessings or temple blessings; if you’re not sealed in this lifetime you can be sealed after, and God is just; the gospel is all faith-based and we need to believe that everything works into God’s plan
42:00 Worries as she is considering breaking the first sealing because of concerns for Bailey’s place in the sealing; understanding that sealing is both horizontal and vertical
44:15 Thoughts and feelings of disloyalty when facing breaking the sealing, but understanding that everything can be fixed
49:00 What sealing and being born in the covenant really means; avoiding the spiritual calculus when you understand how it works
55:00 The process of breaking sealings has wrinkles for widows because it is designed around sealing cancellations with divorce; be aware of the process and sensitive to its likely effects on the widow
1:06:45 Being patient and sensitive to the issue within a marriage
1:09:20 You can find support groups online and network to find support
1:11:00 How this experience has strengthened her testimony of Jesus Christ