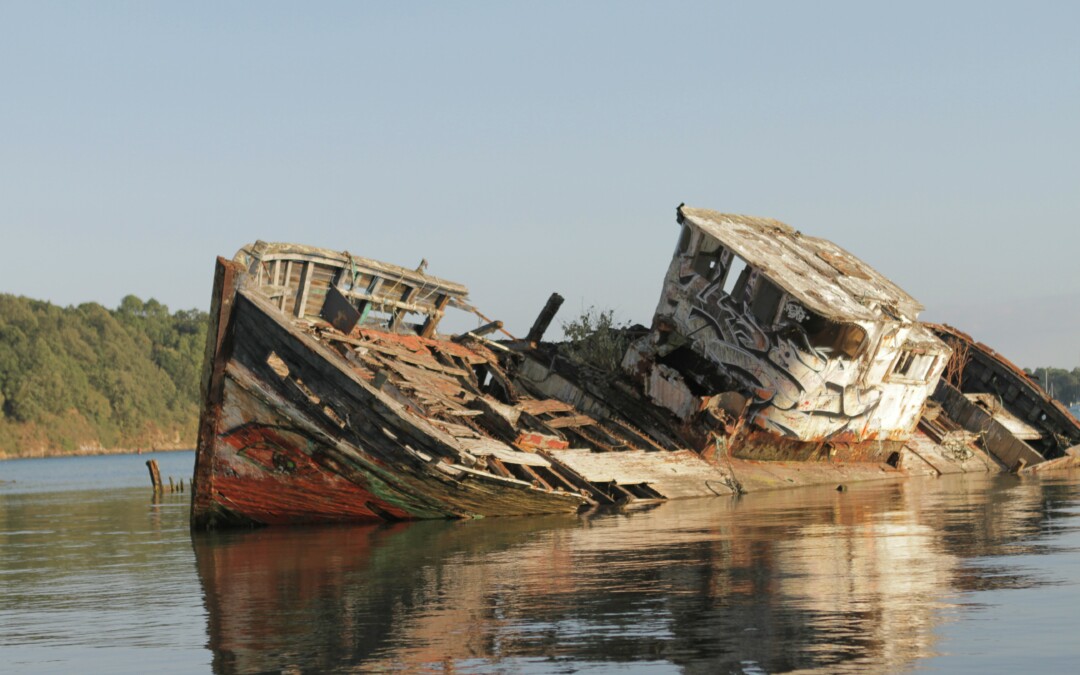 In part one of this two-part series, I identified five important lessons for facing challenges and tragedy through the experiences of a five-man crew on the sailing vessel Grafton. Joan Druett’s book, Island of the Lost, describes their plight when they wrecked on the south part of the island of Auckland. About this same time, a 25-man schooner named Invercauld, wrecked on a different reef on the north part of the same island. Neither crew knew of the other’s existence.

The contrasting styles of the captains of the shipwrecked crews add to the lessons I covered in part-one, and now in part two with an eye toward expanding our own personal leadership capabilities. These capabilities can not only help us get through challenges and tragedy but can also become the core from which we influence others for good.

The team of five from the Grafton worked together in survival mode for over 19 months, and finally built their own small sailing ship to make the passage from Auckland Island to the southern part of New Zealand. Captain Musgrave was a visionary leader who invited the team to weigh in on issues, gain buy-in, and bring out the best in each sailor. They even voted to sustain their captain in a democratic way.

The captain of the Invercauld led, however, with fear, requiring crewmen to do all the dirty work, making them slaves to assure his own survival. They all looked after themselves rather than looking after one another. These differing styles of leadership could not have delivered more glaring results:

Instead of working through their differences the crew of the Invercauld put up walls, some setting up their own camps. I see this often in business today, where well intentioned leaders set up various departments to accomplish specific tasks, but because they don’t implement proper communication, management, and leadership styles, they mute the overall buy-in. Consider that over 70 percent of our workforce in today’s world comprise the rising generations (Gen Z, X, and Millennials) who demand to know the why behind the what. A culture that develops silos can be as disastrous as it was with the crew of the Invercauld.

The captains of the Invercauld ostracized those they esteemed to be socially inferior. As a result, this group was divided on every front. One of their shipmates had great instincts as to survival. He offered them up, but because the captains would not listen to an “inferior” seaman, nineteen men died of privation and neglect.

The lessons we learn from these leaders – pride, arrogance, selfishness – are not dissimilar to what we see today. While we have a long way to go, we are fortunate to live in a day when most of us don’t accept class warfare or the idea that one person is not as valued as another. While we must live within established laws and norms, great leadership invites the contribution and voice of everyone.

To be clear, the title on your business card does not create leadership. Leadership skills are learned and developed, not assumed by title, position or appointment. Sadly, many organizations today still see the title as the epitome of success. Maybe it even comes with a parking spot. This mentality sinks ships; it doesn’t raise the whole with the tide.

3. Hope Without Action Versus Hope WITH Action

While the crews of both shipwrecks looked constantly and longingly for another ship to rescue them, the crew of the Grafton didn’t just perch themselves on hill tops with a view looking for ships. For example, they took six months to build their own new ship from their heap of scraps. Their remedy for depression and loneliness was to immerse themselves in hard work while trying to buoy each other up. They made for themselves shoes and blankets and became excellent hunters.

The crew of the Invercauld, on the other hand, divided themselves and it was every man for himself. No cooperation, relying only on a faint hope of rescue without taking any positive actions toward long-term survival. T

he Grafton team practiced hope with action. The captain exhorted his team with a firm and strong voice “If men abandon us, let us save ourselves. Courage, then, and to work!” This team believed in each other. They all became leaders in the process of survival. They moved hope into action. When one of the team leaders successfully created a forge to make tools to build a ship, the captain offered “Victory is ours! Look at the master blacksmith, the most accomplished in his trade! To work! Let us beat the iron while it is hot.”

In all of the mentoring I have done, the main thing I offer up is encouragement. To believe in someone is to give them a reason and hope to move forward. Who doesn’t respond well to authentic praise and encouragement? To believe in others is one way to move hope into action.

4. Providence Made the Difference

At every moment when it seemed life could not go on, the Grafton crew looked to Providence to keep them going. The captain recorded “we have been kindly dealt with, for Providence has always at the last push provided us with something.” Though it took 18 months for them to sail on their newly built ship, they made their way forward as a team.

Sadly, the twenty-five-man crew from Invercauld was down to three survivors after twelve months. They placed all of their bets on themselves, not including in their formula of success a space for faith. Finally, after 12 months, they spotted a two masted ship, built a fire of smoke, and ran along the beach to get its attention. They were rescued, but what a cost was paid. Three out of twenty-five. Twenty-two souls died because the core lessons of personal leadership were not learned and implemented.

When the Grafton’s new ship was ready to sail, it could only handle the weight of three. Two of the five men had to stay behind and await another ship to return. It was a group decision as to who would stay and who would go. Both parties believed in the hope that was unfolding because of the actions on everyone’s part. After many rough days at sea, they landed in a Māori village which welcomed them with warmth and generosity. After recovering from their voyage, they ventured back to rescue the other two on a cutter whose captain befriended them. This took another 49 days!

No one left behind is what came to my mind as I read this, and that success inevitably requires both sacrifice and patience. We all need to be rescued from time to time. Understanding that we can never succeed alone and that it never happens overnight are great lessons to be learned in the process.

We would have none of these principles to learn lessons from were it not for the journals of these sea faring men. The captain of the Grafton concluded his journal of this adventure thus: “the Journal of Thomas Musgrave, a master mariner, recording the wreck of the Grafton and the adventures of its castaways on the Auckland Islands, may fittingly be brought to a close, with deep thankfulness to a gracious Providence for saving my companions and myself from a miserable fate.”

We may never know the powerful and life-saving lessons that might be drawn from our journals, even generations later. I know of NO better leadership principle we can learn than to record for others our journeys of both tragedy and triumph.

When we are shipwrecked, it doesn’t have to be our final chapter. It can become a foundation for developing the skills and human characteristics that lead ourselves and others to a more promising future. Because of conscientious leadership, resourceful technology, continuous hard work, and a fantastic spirit of camaraderie, the Grafton crew survived unimaginable privations. We can not only survive our own personal shipwrecks but thrive if we learn the lessons that take us off the reef of despair toward a brighter future.