Shining & Serving in Our Appointed Orbits 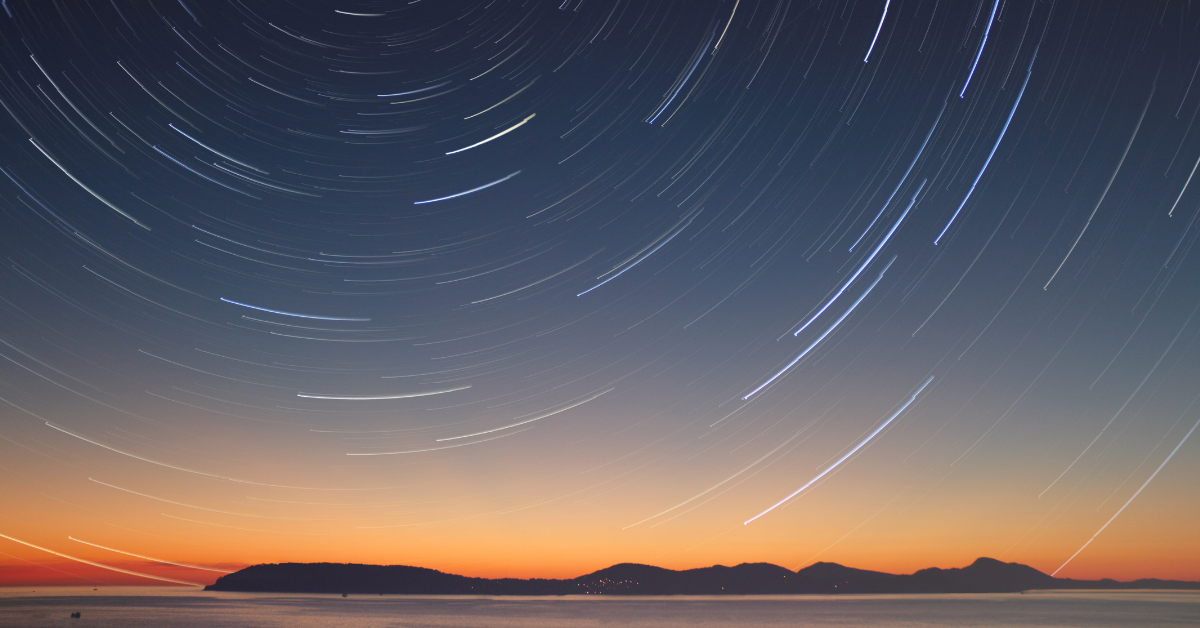 Originally from West Valley City, Utah, Mike Brady currently resides in Chubbuck, ID, adjacent to where his amazing wife Chelsie grew up. Together they have five children and have heard every “Brady Bunch” joke in the book. Mike has served in various capacities, but a couple of his all-time favorites have been substituting in Primary and teaching youth Sunday School. His BA in International Studies which does not do much in the IT industry where he works as a software product manager for Salt Lake City-based Samaritan Technologies. His passions include dating his wife, playing with those five aforementioned children, NBA basketball, and writing long emails to his bishop.

I was recently studying “The Greatest Among You”, given by President Uchtdorf in the April 2017 session of General Conference. It had the same general theme as his now-famous “Lift Where You Stand”, given in October 2008. That theme can be summed up in two sentences from The Greatest Among You:

“What is the most important calling in the Church? It is the one you currently have.”  Dieter F. Uchtdorf

It got me thinking about callings, and another amazing talk by Neal A. Maxwell,  addressing “personal orbits“:

“Recall the new star that announced the birth at Bethlehem? It was in its precise orbit long before it so shone. We are likewise placed in human orbits to illuminate. Divine correlation functions not only in the cosmos but on this planet, too. Part of God’s “ample provision” consists of imperfect people like you and me, committed to shining and serving in our appointed orbits. Neal A. Maxwell

Have you ever wondered why you have the calling you do? Honestly, I hope you think about it often. Have you ever questioned a calling extended to you? Or upon release of a certain calling, felt even a tiny feeling of identity loss?

I have two stories from my life where I feel I gained a small insight to the Lord’s thinking.

Story One: The Lord is in the Details – Even the Mundane

In 2006 I was in a very, very large single student ward at the University of Utah. I was called to the activities committee, which consisted of at least a few dozen committee members. (Is it ironic that our committee meetings required our own planning and preparation services?)  My specific assignment was literally to be in charge of one of the ward’s two Costco membership cards. When needed, the other cardholder and I were to purchase required groceries for our activities. I often joked that my calling was “the assistant to the person in charge of getting chips for taco salad night”. Ha ha. I didn’t yet understand the concept that the most important calling in the Church was the one I currently had.

However, the lesson I learned came when the other cardholder wasn’t available on the day we had planned to get the chips. I was required by policy to go with another person when making purchases with ward funds (accountability), so I called a girl named Natalie (not real name) who had recently moved into the ward, and asked if she could be my second person.

Looking back, it was an inspired opportunity. You see, at a recent ward social I recognized her as a new move-in, but she was hugging the wall and nobody else was reaching out to her. So I started a conversation and learned that she was a recovering drug and alcohol addict who had just made the choice to return to church activity. Her parents had long since abandoned her and she had hit rock bottom. She was now allowing the movements of the Spirit to affect her decisions.

That day as we drove to and from Costco, we continued our earlier conversation about her life, her choices, and what she was doing to make it better. She had been sober for some weeks, but was extremely trepidatious to reach out to her parents. She needed them badly in every way, but was paralyzed and afraid of being rejected yet again by the people whose love she needed the most.

I couldn’t do much, but I strongly encouraged her that they would be there for her, ready and willing to help where they could, and that her intrinsic desire to change–coupled with what she had already done–would be enough evidence to mom and dad that they would break down the wall they had built around their own prodigal child.

I don’t think I’ll ever forget that conversation in the car, especially the feelings expressed by both her and the Holy Ghost.

A few weeks later Natalie invited me to her birthday party. She said that it wasn’t going to be much, that she was cooking some dinner and wanted me to come, and suggested that maybe I bring a few non-judgmental people from the ward, hoping to become part of some circle of friends. In fact, I was the lone invitee and she hoped that she could make some more friends through me at the small gathering.

The next Sunday we arrived at her modest apartment and began to socialize. We were eating and joking and having a nice time when the doorbell rang. None of us were expecting additional visitors.

Natalie opened the door to find her parents standing there with a cake and balloons. I later learned that since our Costco run, she had tried several times to contact them, but was sent immediately to voice mail each time. She eventually left a message explaining what she was doing with her life. In the meantime the Spirit touched her parents, and I suppose that they planned to surprise her on her birthday. The rest of us quietly took our leave so that her parents could have her to themselves.

The most important calling in the Church for me at that time was “the assistant to the person in charge of getting chips for taco salad night”. That calling had nothing to do with being in charge of chips; what a silly and immature notion. Rather, it was to make a connection with another child of God. It was to establish a relationship. It was to interact with the people around me as our orbits intersected, and in this case, both of our lives have turned out the better for it–which is always the case when the Lord is allowed to be in charge. I could have approached that calling with the snide attitude that I started out with, but I am so grateful that I didn’t turn down the assignment to make that Costco run. By the way, that was the only time I made a Costco run; my calling was changed a short time afterward.

Fast forward several years. I was serving in a bishopric and we were trying to consider two people to call as primary workers. The primary president was able to come up with one name but was really struggling with the second. She submitted the name and said she’d be fine with whomever else we decided to call.

We thoughtfully discussed and prayed about the first name, that of a very old sister who had turned down callings before (even recently), citing age. We trusted the inspiration of our primary president and felt good moving forward, and so moved on to discuss who should be her teaching partner. After bandying about a handful of names, we finally found one that resonated, so we explored the possibility. On paper it seemed like a mismatch, and for several reasons. Our logical minds didn’t compute the wisdom of God in inspiring us to talk about this young sister (see the Isaiah quote above), but the conversation kept coming back to her. One comment made in our meeting that day finally made sense: “oftentimes callings aren’t about what we do, but with whom, and the relationships that can form.” With that vocalization, we unitedly felt the Spirit confirm the truthfulness of the concept, and we concluded to move forward to call this second sister, after ratifying it through prayer.

Schedules made it so that I met first with the younger sister to extend the calling, which she accepted. While meeting with the older sister, and after she accepted, I informed her that she would have a teaching companion, and that we would like to sustain them both in the following sacrament meeting. This took her aback.

“Is it because I’m old and you think I can’t do it all by myself? You know, I’ve been in and out of primary ten times over the years!”

I reassured her that this was one hundred percent not the case, broke protocol a little bit in telling her the name of her partner-to-be, and told her the story of our spiritual guidance in our bishopric meeting. In the end she accepted the situation, but that was more because of the two-deep leadership requirement, and less about my explanation of our decision-making process.

The two were sustained and set apart the following Sunday and we moved on.

A short two months later, the primary president informed us that older sister had resigned her calling; she simply hated the situation: she didn’t like teaching with anybody and felt distrusted by the bishopric.

As we resumed the process of discerning whom to call to replace her, I thought about that drive to Costco with Natalie nearly a decade earlier, and sorrowed at whatever opportunity the Lord had orchestrated but would no longer be.

Are your ministering “assignments” random? Do you regard your calling as insignificant as “chips”?

I am not saying that we have to enthusiastically embrace every calling, or be the type of member who says “I don’t know what the calling is, but I’m happy to do whatever you’re here to ask of me.” I have other stories where we were inspired to extend a calling, but throughout the conversation information came out where a member was in pain but wouldn’t have come in on their own, so the Lord arranged that we meet.

My point is, however, that we approach every calling we receive with an attitude of “Whom?” as in “With whom am I here to form a relationship?”

Especially when I extend a calling to serve in the primary or youth, I ask them to consider that someday 10 years from now, they may get a phone call from one of their youth saying “Sister Jones, I’m in trouble. I need help. You were always my favorite Young Women leader. Can we talk?” I have witnessed this and similar situations more than once.

I challenge all of us to raise our vision: see the people around us in our callings and assignments as the most important part of our stewardship. We may not understand why we were called to serve as primary activity leaders or to the Relief Society additional meeting committee or elders quorum presidency, but I promise you that it was done by inspiration, with you in mind as well as those whose orbits will now intersect with yours. Seek to be a personal minister; seek to make a difference. The biggest change will be in yourself, for the charity without which we cannot be saved will be strengthened within us as we improve our personal ministries.

As usual, Isaiah put it best: seeking to trust in and understand the Lord’s ways and thoughts will elevate us all, one by one.