Seeing Something Divine in Our Youth 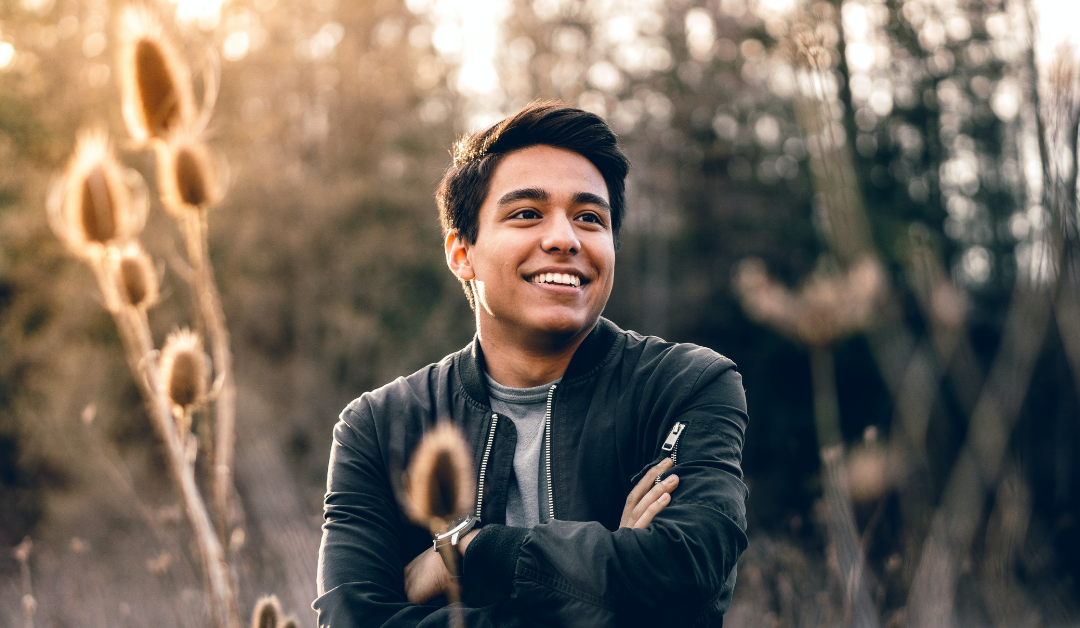 James Olson lives in, BC, Canada. Since returning to Canada with his family after 15 years spread between Alberta, Utah, and Arizona, he has been serving exclusively with the youth as a Young Men’s President and then as a counsellor in the bishopric for past few years. He loves working with the youth, especially now that three of their five kids at home are in the youth program. Simply put, working with the youth makes him happy even though he is not particularly high energy or cool. In the bishopric, he gets to serve with one of his best buddies from his youth, so they get to pick-up where they left off hanging out on Tuesday nights many moons ago. He is a Realtor but being a husband to Cena and dad to Hannah, Emily, Lee, Myra, T-Gibb, and Austin (who is older and out of the house) is what he brags about the most.

Has your ward experienced an Aaronic Priesthood restoration sacrament meeting yet? Maybe instead of being trendsetters, our Surrey 3rd Ward in the Surrey, British Columbia Stake is actually just late to an awesome party that many have been attending for years.

If your invitation hasn’t arrived, consider yourself now on the guestlist for an experience that will strengthen your Aaronic Priesthood quorums, beat the boring and mundane out of at least one more sacrament meeting and provide an electro-shock of Spirit through your congregation. As if that isn’t enough, it will also help the adults to appreciate the young men as not being kids with scruffy hair who look at their phones a lot plus help struggling parents to see something divine in their sons for at least a moment.

This sacrament meeting is like a somewhat more structured Primary presentation but is is for the Aaronic Priesthood young men. Before you recoil thinking this would not work as a sacrament meeting, I assure you that it does, in fact, stick in the bounds of the Handbook.  We are not just handing over the meeting to an organization – it is all assigned out appropriately and approved by the bishop.

Both our 2019 and 2021 versions were AWESOME experiences for the young men and the congregation. Our 2019 incarnation was in-person with a theme being the new-at-the-time Aaronic Priesthood Quorum theme.

Here’s how the meeting could look:

The boys beamed afterwards because they knew that they had created a spiritually memorable experience together. They even made more than a couple of the crusty old folk’s cry!

Why This Approach Empowers Our Young Men

Perhaps you can relate to what Sunday youth talk assignments can occasionally look like. I “torture” each of these young men annually to give a talk where they stand up in front of a congregation and every eye is on them for five minutes (fine for some, agonizing for others); but it is intimidating because they are flying solo.

However, when presenting in this quorum approach, their confidence is something different and they are more of themselves. We all are more comfortable when we have a “wingman” and their quorum brothers are just that. Then when they are asked to give an individual talk during the year, they can be encouraged to focus on their quorum members in the congregation. That individual talk isn’t quite as intimidating if they just focus their eyes on their quorum friends rather than the entire congregation.

Be Flexible in Your Plan

We skipped having an Aaronic Priesthood sacrament meeting in 2020 because the world was still newly upside-down. Thus, there are times when planning this to be an annual meeting may not work for your ward. However, the boys agreed that doing it this year was a good idea because of the impact it had on their lives and the lives of the members in our ward.

You could adapt this Aaronic Priesthood celebration to be an evening devotional instead of a sacrament meeting. Then you could modify your format to include the young men giving demonstrations, creating videos and more.

This year our young men chose the meeting theme to be on temples. They were told that they could share anything that they wanted to share about temples. There were no scripts just testimony and thoughts. Many of the boys submitted something, even some we rarely see. Sure, there was a little false doctrine mixed in but no more or less than a typical testimony meeting.

Coming from someone who has been involved with this only twice, there are a few things we have learned that could be helpful in your planning:

This Unique Sacrament Meeting is for All Organizations

May I suggest that we dare we try this with our Elders Quorum to breathe similar energy into them? How about sacrament meetings for our ward’s Relief Society, singles, ward mission, temple and family history consultants? Is it possible that a handful of sacrament meetings each year could get a bit easier to organize and perhaps become more interesting? As we seek to plan periodic “group” sacrament meetings with the intent to magnify the various members of organizations, we will be surprised at the results. In the words of poet John Greenleaf Whittier:

“I’ll lift you and you lift me, and we’ll both ascend together.”