Mother in Heaven at Church | An Interview with Scott Layton 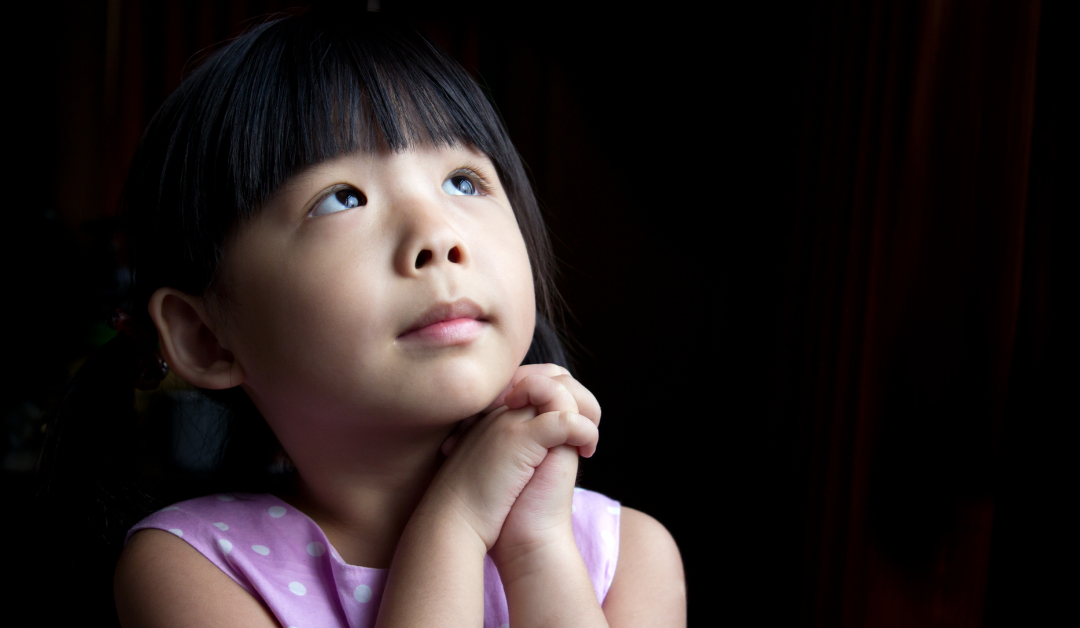 Note: We recognize that the doctrine of Mother in Heaven is a very sensitive topic for many individuals in our faith community. Many will come to this episode seeking hope and encouragement in their eternal faith journey (especially women). Both the host and interviewee intended this discussion to be hopeful and encouraging (especially to women). We also recognize that some women have felt marginalized and diminished in our religious community and might interpret some of this discussion (especially around the discussion of the role of Mother in Heaven) as short-sighted or diminishing. Please know this was not intended. Since we have so little revelation around this topic it can only be discussed with speculation. Please listen with an open heart as we strive to bring more discussion to the important doctrinal topic of Mother in Heaven.

Scott Layton is a native of West Valley City, Utah and served in the Philippines Angeles Mission. He received a master’s degree in religious education from Brigham Young University and is currently employed by Seminaries and Institutes in the Salt Lake area. He has served in various church positions including Young Men president, scoutmaster, high councilor, bishopric counselor, and was recently released as bishop. Scott and his wife, Kali, are the parents of seven children, six boys and one girl.

In this podcast, Scott talks about what he learned while preparing a presentation on the doctrine of our Heavenly Mother and compiling resources for seminary teachers, and how as leaders we can do better at including Heavenly Mother in our dialogue. 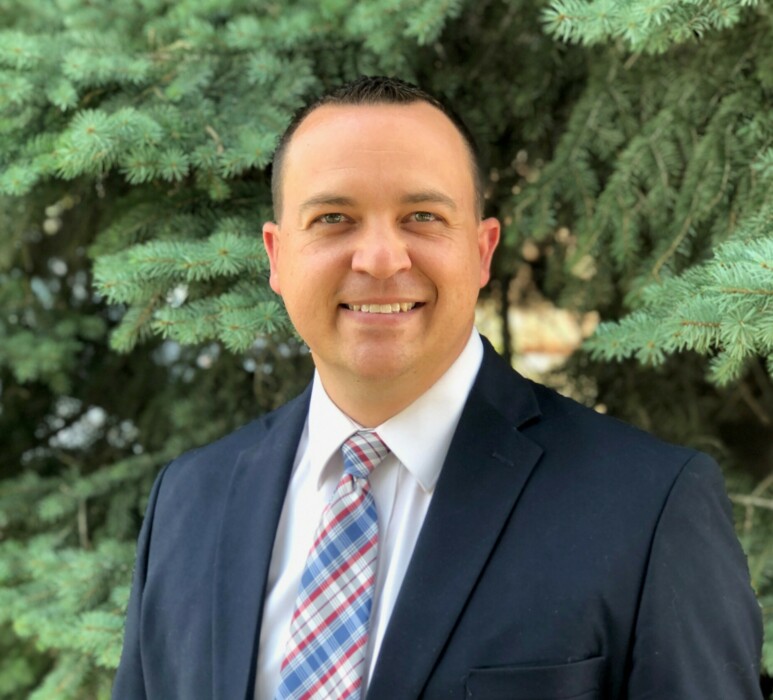 05:05 His research started with “Mother in Heaven” in the Gospel Topics Essays.

06:20 When do we refer to Heavenly Father versus Heavenly Parents?

08:15 Why don’t we talk about Mother in Heaven? Kathryn H. Shirts sorts reasons based on “human conventions” versus “divine reality” (“Women in the Image of the Son: Being Female and Being Like Christ,” 1991 Women’s Conference). Weigh human conventions against the reality of a divine goddess who possesses all power, all attributes, all perfections, and then question what’s mere strong tradition.

13:35 The doctrine of Heavenly Mother is distinct to the Restored Gospel of Christ and not included in modern Protestant Christianity.

14:14 B. H. Roberts points out that our doctrine distinctly ennobles women, motherhood, and wifehood by “placing [Mother in Heaven] side by side with the Divine Father” (Defense of the Faith and the Saints, Salt Lake City: Deseret News, 1912).

15:03 The doctrine that if faithful, we can gain all that the Father has creates a misnomer that a woman’s eternal identity and purpose is to become like a man. The doctrine of Heavenly Parents is fundamental to all we believe.

17:13 That all humans, male and female, are beloved spirit children of Heavenly Parents is rooted in scripture. For example, Genesis teaches we are made in the image of God, and the Hebrew word for God is plural. The book of Moses teaches there was a spiritual creation before the physical creation: he sees this as the Father and Mother working together for the spiritual creation while the Father and Son work together to make it a physical reality.

19:35 What are the distinctions between roles and purposes in the Godhead and between mortal roles for men and women? While our knowledge is limited, we’ve been shown a divine pattern. Harold B. Lee taught that our Heavenly Father and Mother are “even more concerned, probably probably, than our earthly father and mother, and that influences from beyond are constantly working to try to help us when we do all we can” (“The Influence and Responsibility of Women,” Relief Society Magazine, Feb. 1964).

23:00 What’s the division of roles and responsibilities? Can our Heavenly Mother comfort us? Or is comforting only a role of the Holy Ghost? We don’t fully understand the mechanics of her influence but should treasure our sacred relationship with her in our own heart. However, we only pray to Heavenly Father. This doesn’t devalue her: we can have a relationship with her just as we have with Jesus Christ. The Holy Ghost comforts us as an agent of the Atonement.

27:03 What prophets teach of the roles of earthly mothers help us see the beauty of the divine plan and the different responsibilities of our Heavenly Parents toward bringing us back into their presence. Women conceive, bear, nourish, and train: they’ve been given the power to become co-creators with God. Theirs is the essential responsibility to bring mortality. The priesthood steps in to redeem from this fallen world to bring us back. There’s a painting of hands handing a baby through the veil into a mother’s hands.

32:40 We’ve been given divine and instinctive traits. Did these come from premortal classes? A woman’s essential role to nurture doesn’t diminish what else she can do. It’s liberating to realize we can become like Heavenly Father and Heavenly Mother. It’s empowering to imagine Heavenly Mother preparing souls for mortality.

37:06 Kurt’s daughter once asked when it would be her turn to pass the sacrament. How do we empower the girls and women in our lives with the truth of the feminine divine? We are instructed in the roles of mortality and redemption in the story of Adam and Eve and the two trees, the tree of knowledge of good and evil and the tree of life. Eve first eats from the tree of knowledge which brings mortality. After being removed from the garden, they spend the rest of mortality making their way back to the tree of life through the ordinances administered through the priesthood. They work together as husband and wife: she brings souls in and he works to redeem them through the Atonement. That this mortal phase is a bit more priesthood centered in no way diminishes the role the women play.

39:00 We work our way through the ordinances of the gospel individually: baptism, confirmation, and the endowment process are all personal, but then in the sealing room, every ordinance we have ever made is sealed together in one covenant. We cannot fully exercise our power without the other: we share both the procreative and priesthood powers. Eve was taken from Adam’s rib and so belongs by his side as an equal, never in front or behind.

41:12 The Proclamation establishes our doctrine of Heavenly Mother right alongside that gender is essential to our premortal, mortal, and eternal identity and purpose. Gender is not just a social construct. The relationship of our Heavenly Parents can provide counsel and support for our earthly relationships: they are a married couple. It’s fun to imagine Friday date night: “Do you see that galaxy over there? I created that because it reminds me of you.”

43:50 One area he falls short is thinking that he needs to rest alone when he gets home from work: In the story of the creation, Heavenly Father’s rest is providing for his family. He asks if he is actively working for the salvation of his family.

44:32 These resources reveal there is a feminine divine, and every girl and woman can become like our Heavenly Mother. We can stretch our perspective on her influence in our lives and the eternal plan. We can make her existence more obvious in the Sunday church experience, in the books we write, etc. Leaders can draw the line between the personal revelation encouraged by our prophet and what we present to a general audience. Inferences and conclusions must be rooted in scripture and prophetic teachings. Be guarded by all we do not know.

52:35 Vaugn J. Featherstone said, “Sometimes misguided women or men direct our youth away from their divinely appointed role. Worlds without end, men will never be able to bear children. Every young woman may be a procreator with God and carry a little one under her breast either in this life or in the eternal worlds. Motherhood is a wonderful, priceless blessing, no matter what all the world may say. Priesthood ordination is a blessing to men. There are serious consequences when either motherhood or priesthood is abused or laid aside” (“A Champion of Youth”, November 1987 General Conference). As champions of motherhood, we must not become prescriptive in defining motherhood as staying home, which is only one version of it.

53:50 Imagine ministering as empowering others by ennobling the office or father or mother and helping them be the best parents they can be and to build the family. For those whose souls long to be married or have kids, he hopes they can find confidence in the promises, trust that our Heavenly Parents will do what is best for them, and faith that it will happen. He desires them to find hope and courage to take another step forward to the eternal promises. An aching heart can be a sign of the divine potential and nature from your Heavenly Mother. We can lean into the gospel and God.

57:10 Perhaps for things dealing with becoming more like God, we could make reference to Heavenly Parents, but for issues related to salvation, exaltation, and sanctification, we would refer to Heavenly Father and Jesus Christ. There is safety in following patterns of general authorities’ uses of Heavenly Parents versus Heavenly Father. Make space for others to explore their own journey discovering understanding about Heavenly Mother.

59:19 Glen L. Pace said, “Sisters, I testify that when you stand in front of your heavenly parents in those royal courts on high and you look into Her eyes and behold Her countenance, any question you ever had about the role of women in the kingdom will evaporate into the rich celestial air, because at that moment you will see standing directly in front of you, your divine nature and destiny” (BYU Devotional, 9 Mar 2010).