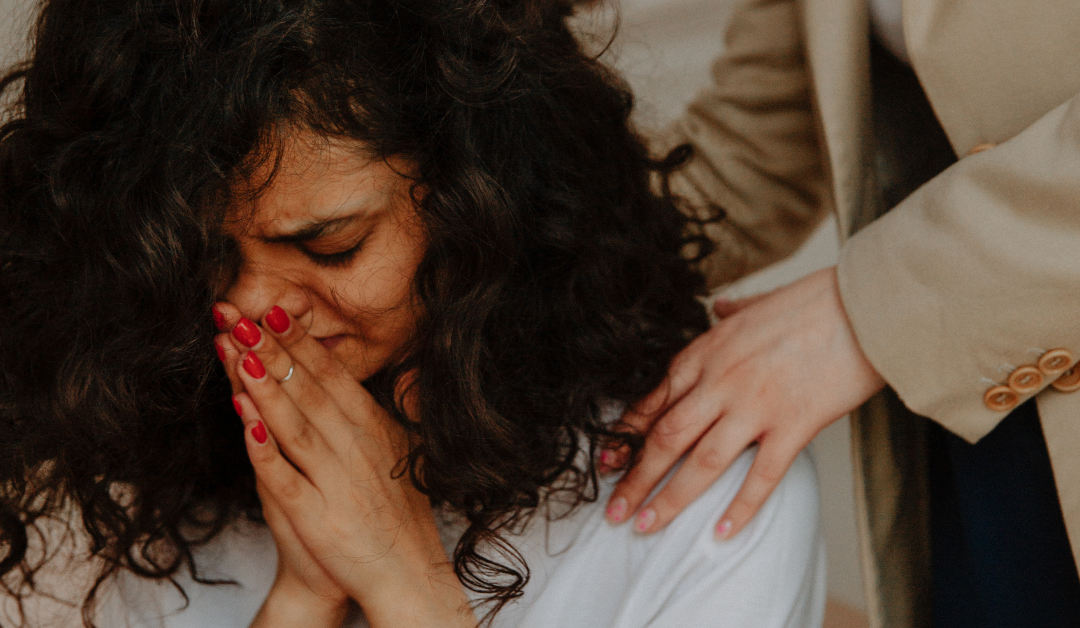 Amy is a full-time employee, a full-time family member, and a part time case manager/patient advocate. Her family includes her husband, a tween-aged daughter, and a kindergarten daughter. Amy’s focus has recently been co-producing an environment for her oldest daughter’s virtual learning experience and sending her beloved kindergartener off to school. Other interests include understanding and supporting mental neurodiversity, pastoral ministries/counseling, philosophy, history, leadership, and pasta (who isn’t interested in pasta?)

When a person experiences a faith transition/crisis and/or shifts their church activity level to a lower level, organizational loyalty suffers and is the obvious consequence (even though it should be labeled as collateral fallout). The true (but hidden or rarely talked about) consequence is a shift in whom the individual(s) listen to and why. This shift breaks up marriages, parent-child relationships, and the relationship(s) the individual(s) have with the church as an organization. And usually, the shift has at least a crisis moment which may settle down to a dull roar.

Below are some insights into how to be a Good Samaritan leader as we strive to minister to someone during their faith transition.

Even if the individual who decreased church activity had a strong testimony and believed in God and the church authority figures as people God set into place, a faith transition changes that. A person my change churches or settle into an active belief in God without a church. A person may even be dealing with “the dark night of the soul” – in which all ties with God are frozen or permanently severed.

If a person doesn’t believe in God anymore, it is hard to swallow that God “wants this” or this practice “is of God”. At best, the person doesn’t care anymore (and that hurts others who are more strongly tied to that belief). At worst, it is ridiculously easy for the argument to devolve down into a religious shouting match that no one (including God) wins and into a communication void in the relationship, if the relationship manages to survive this spiritual showdown.

What also happens (or should happen) is that the less-believing individual picks up the individual decision-making slack. This individual will probably do a fair bit of thinking and begin making choices that previously God had made for them – through their religious leaders. Church culture does not allow these individuals to make those choices, not easily.

Between Spouses/Pre-Spouses – The Female Experiences the Faith Transition

Church culture does not allow space for the less believing/differently believing individual to be a woman, who is held in the church community as being charged with a divine mandate for being the “spiritual teacher” and “spiritual center” of the home. She is now a greater threat because she is perceived as having authority to take the entire family away from organizational authority (or never bringing a family into the organizational authority umbrella in the first place) because she won’t teach the principles (it’s always she won’t – out of pride and stubbornness, not that she can’t out of a spiritual handicap) . She could be an ally, if given church culture space and support.

Also, our culture is not comfortable with a woman being independent and holding different beliefs than her husband (if there is one). Our culture judges the woman as a “heretic” (instead of giving her respect for using her moral agency in place of church culture) and the man as “weak” because he cannot “control” someone (instead of giving him credit for respecting agency and not holding his spouse hostage to conforming to his belief system).

Between Spouses/Pre-Spouses – The Male Experiences the Faith Transition

Church culture is more familiar with the male experiencing the faith transition, but not necessarily helpful about it. The cognitive disconnect between a non-believing male “presiding” in his family takes up most of the cultural space. Some care is taken that the authority the man has in his household is not deliberately usurped by the church – but even that gets murky as families define what a male “presiding” in the home actually means in terms of day-to-day activities, limitations, and cultural protocols.

Between Parents and Children

From birth until the death of a child, the end game is always greater independence and self-reliance of the child. When the afterlife and/or a parent’s or organization’s legacy is put ahead of the goal of respecting the child’s independence and boundaries, generations lose. Parents and children experience relationship rifts that usually wind up with at least one party in therapy.

I recommend that as the leader (bishopric, stake, R.S., Youth or Primary leaders) we see our role as the spiritual/emotional equivalent of “The Good Samaritan”:

Going along with this metaphor as being the “Good Samaritan” for the life of an individual participating in a faith transition, here are some helpful tips.

Some of those wounds that we will be dealing with will look a lot like the emotional EMT on the scene (there may be crime involved) and will include emotional/spiritual shock, emotional/spiritual stabilization (hence the communication skills) and mourning (probably for both sides), and providing a sounding board for a non-professional, preliminary assessment of physical/emotional/mental needs (especially if families and children are part of the family landscape). Below is a ilst of  “hats” a leader may wear as they begin to minister a family or individual during a faith transition:

NOTE: “Judge” comes in for specific legal transgressions and maybe some heretical transgressions. I can’t see a place in the timeline listed above where a family in a faith transition needs a “Judge of Israel” hat before any of the other hats listed.

Moving forward, there are some specific insights that can be helpful as you continue in the role of “Good Samaritan.”

Everyone will be spared a lot of grief if we refuse to judge any involved individual(s) but focus on finding common ground/addressing basic mutual needs and setting boundaries for what we can sustainably offer them.

Let’s say that everyone managed to stabilize themselves for the most part. No immediate spiritual EMT work is needed, the resources have been coordinated, it’s onto ministry and therapy and all that good stuff. Some of that we can still help with, but most of it we really don’t necessarily have the time and resources to be there for them in those ways.

What can we give them in terms of ministry that can keep them until/if they have counseling and therapy? But assuming that we are it (because of circumstances) – help the injured parties talk to each other, not past each other or at each other. We may be able to facilitate improved relationship(s) which will win the less-believer’s respect and help the believer mourn their unexpected losses (NOTE: The non-believer may be in mourning as well but has probably wound up completing spiritual/emotional EMT basic healing of the situation before they get to being in front of us).

#3 – Shift Our Personal Authority from Organizational/Doctrinal to Relational

There are at least two parties at our door with their issues. If we stick with our organizational authority granted by our calling (Bishopric, R.S. Presidency, Youth Presidency, Primary Presidency) and actively judge the individual(s) involved, we are losing one of those parties right out of the gate – they are not in a position to recognize our organizational authority to the degree that we (or the believer) would prefer, and they will check out/tune us out.

NOTE: Asserting the chaplain-like authority will allow us to create space for spiritual conversations that are being led by the individual. That can be a core part of the calling. Just please be sensitive that there is a huge space between chaplain and judge.

Also, we have less room for personal boundaries on our time and energy. If we relate to both parties as a “friend” or “facilitator”, we can define the ground rules for our level of involvement without having the “but the handbook says…” calling expectations added.

These people are still part of our flock. They still have to sort out how to co-exist with each other and witysou. The last thing needed here is self-righteous sermons and “Us vs Them” mentality.

We may not be the only “Good Samaritan” in the situation.

Either believing individual may be a “Good Samaritan” also in the sense that this individual was doctrinally “wrong” yet pragmatically completed “right” choices for some of the “right” reasons.

Either believing individual may be a “Good Samaritan” in that they want to be an active participant in picking themselves up and finding healing and support instead of playing the victim.

But any “Good Samaritan” encountering the “beat up” and “left behind” individuals of this flock might benefit from paying a little attention to the basic needs in the situation and handing off the situation to professionals (in this case the innkeeper) and doing their share of the work.