Helping Youth Know They Can Lead and Minister 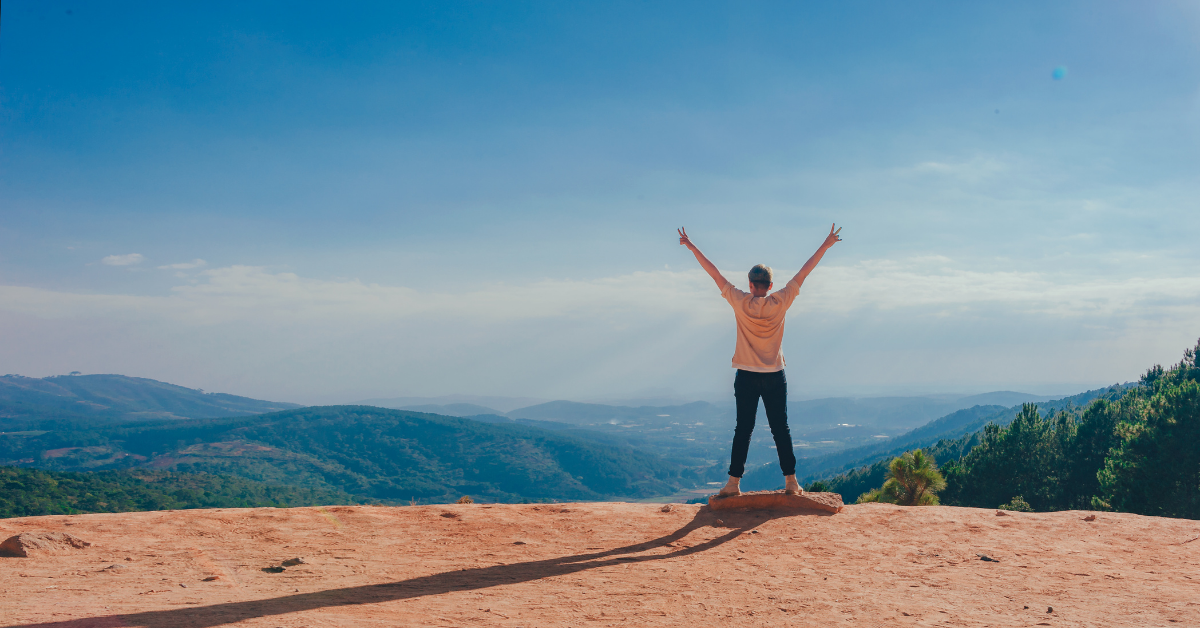 Kim Partridge is originally from West Valley City, Utah, and has lived in Phoenix, Arizona for 20 years. She is a nurse and a life coach for teenage girls who want to learn the skills of better eating habits and feel confident about their body. Kim also has a podcast created to help build confidence and learn skills that can put into practice right away. Additionally, she, has served as a Young Women’s President, and currently serves in her stake Young Women’s presidency. Kim and her husband are the parents of four children.

Being the leader over a youth high adventure activity has its ups and downs. There is the joy of being with the youth as they participate in an activity which is outside of their comfort zone.  Additionally, it is powerful that they believe in themselves enough to accept the challenge and watch their transformation after they have successfully completed the challenge and become someone who knows what it’s like to do something they didn’t think they could do before.

Then there is the reality of making sure everyone is safe and able to finish the activity without accident or injury, especially when their parents have left you in charge of their care and ultimate safe return.

Preparing for the Extreme

This is what it’s like for me, as the leader of our stake’s hike to the bottom of the Grand Canyon and back to the top in one day.

It takes months of preparations for me as the leader, both physically and logistically, as well as the young women who must qualify physically and mentally to attend this extremely challenging hike and continue to prepare themselves for the hike.

The hike to the bottom is relatively easy because energy and momentum work with us, not against us. Those don’t become a factor until the hike back to the top. The Bright Angel Trail we come out on plays a particularly cruel trick with us hikers. The last mile and a half are the hardest, not just because of physical fatigue, but because of the steepness of the trail which makes it seem close to impossible to keep going. This is when I tell the young women they have to pull out their mantra to repeat to themselves that reminds them it’s one foot in front of the other but they will make it to the top.

Getting to the top is exhilarating, especially after enduring the treacherous last part. I believe that’s what makes the “Yes! I did it!” feeling so much sweeter. But when you are the leader of the hike, I know there is a reality I may have to go back in to help a young woman. Even though I’ve made it to the top and don’t have to keep hiking up, I don’t yet have the same relief as other hikers do. I wait at the top with anticipation and then relief as I watch and celebrate with each young woman as they make it out.

The last time the young women of our stake hiked the Grand Canyon, one young woman, Ella, had qualified with all of the mental stamina needed for the hike but knew the physical challenge would be greater for her to overcome. I knew this was a limitation for her going into the hike but my husband has assigned himself as “The Sweeper” on this hike. Thus, I knew he would stay behind the last person in the hike to make sure everyone gets out safely, so I knew she wouldn’t be left alone on the trail, but that didn’t settle the uneasiness I felt as I waited at the top of the trail for her long-overdue arrival.

As I scoured the Bright Angel trail looking for her, another young woman, Sophia, came out with a leader. After the initial relief of having another young woman out at the top, Sophia said “Ella is still down there. I can’t let her do this alone.” She promptly went back down on the now dark trail.

Looking back, I believe I was so stunned and physically tired that I didn’t realize I had some options and I could have stopped her.

For starters, I could have told her no, it was dark and it was getting cold and I was concerned for her safety, so she should stay with me and wait. Also, I could have told her that it was my job to get everyone out and that she needed to get back to the hotel with the rest of the young women. Or I could have jogged out in front of her so I would get to the struggling Ella first.

Now that she was gone, I had thoughts swirling through my head like “What if I have to go back and help Ella and Sophia out?” “What if this all goes terribly wrong?” “What should I do now?”

I sat there alone in the dark at the trailhead and waited for 45 minutes questioning if I should have done something different.

Someone Worthy of Saving

Relief flooded my heart when I saw their headlamps coming up the trail. I grabbed Ella and held her as tight as I could and whispered how proud I was of her accomplishment. She was weeping so hard I couldn’t make out what she was saying at first. Then she calmed down enough and said that Sophia had come back for her and when Sophia found her on the trail, she grabbed Ella’s hand and told her she would never leave her.

Sophia wasn’t able to make the climb out any easier for Ella, but having Sophia right by her side changed how she viewed herself as someone worthy of saving. Unfortunately, if I had gone back to help her, the effect would have been less substantial.

The Power of Peer Connection and Approval

Youth crave the connection and approval of their peers. These are the supportive relationships that will benefit them throughout their life. Thankfully, I didn’t let my self-interest in being the only leader able to rescue her win out. This is the reality of youth leading.  It means more to the youth when a peer leads than it would from an adult leader. The impact is greater when one of her peers reaches out to help.  Teens feel like they need one another much more than they feel like they need adults. This is the stage of their development where they are learning to assert their independence.

Waiting at the trailhead was scary for me because I was thinking about what was required of me if they were unsuccessful. I wasn’t thinking of the possibility of what if everything went better than anything I could have come up with.

The Value of Help and Approval

Now Ella feels loyalty to Sophia that didn’t exist before.  When Ella felt she was at a point where she had been praying harder for help than ever on the trail, a new friend reached out to her and stood by her side. This is the reality of youth leading. They have better ideas for connecting with their peers. They know how much it means to belong in a group. They are eager to help each other because they know the value of what it’s like to receive that help and approval. They keenly understand what it feels like to be alone.  They see the challenges and the solutions with creativity only available to those with the vitality of youth.

Believe in Them as Leaders

If you are hesitant about what ideas your youth will come up with or if you are uneasy about your youth program going completely off the rails, then remember that we’re not really in charge here. We don’t have that much power to force the desired outcome. But imagine what would change in your ward or stake if your youth reached out as Sophia did?