Double the Effectiveness of Any Leadership Talk | Be a Storyteller 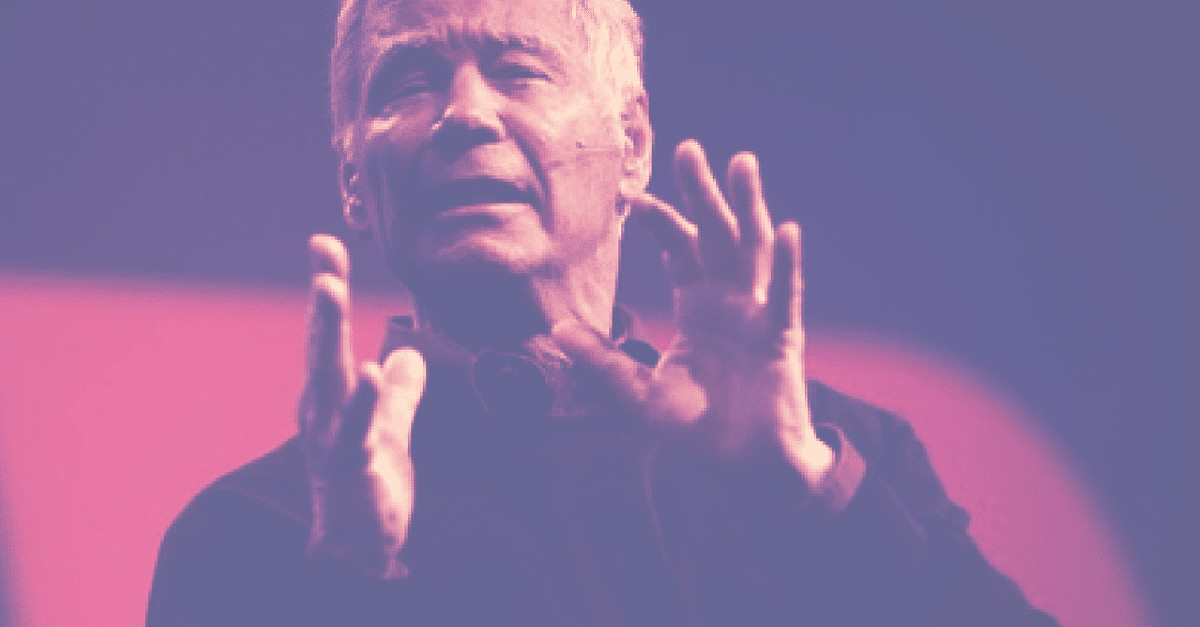 “Someone is singing flat! It’s one of the tenors.”, said Mr. Christmas (no relation to the man in the North Pole, although they shared the same physique). This was high school junior choir back in 1998. I had joined the choir under the encouragement of my sister who promised me it would be fun. I had no background in singing nor did I really want to sing. But here I was sitting among the tenors being accused of singing flat (which was probably true). Mr. Christmas then wanted to go through each row of tenors and make three of them sing at a time so he could determine who was flat. He was simply trying to fix the problem, but he didn’t realize how terrifying he was making it for self-conscious high schoolers.

I was in the 3rd row, so once he determined the flat note wasn’t in the first 2 rows, he glared at my row. There were three of us. He played a simple measure of notes on the piano and told us to sing it. I didn’t know what to do. I was about to be ousted as the flat tenor. So I did what any other insecure kid would do, I lied by mouthing the notes without stimulating my voice box with air from my lungs. After a few measures, Mr. Christmas looked at me and asked, “Are you singing?” I replied, “Yup.” Praying he would believe me and then move on. My prayer was answered and I hope my lie is written off in the afterlife.

Later in the school year I found myself in the audience at the school musical. Seeing people sing and dance on stage looked like something that would be fun, plus there were a lot of cute girls on stage. I told myself the following year I would try out for the school musical hoping to be a part of the background–maybe a rock or a forgotten tree would work for my talent. Over the next few months further practice improved my singing ability. I soon found that I enjoyed singing once I was able to hold a note and to sing with depth to my voice.

The next school year, musical tryouts came and I did my best to sing and awkwardly dance to hopefully get a small role in the play. The final cut was posted and I found my name on the list–as on of the lead roles. I’d never felt so out of my comfort zone as I did in that very moment. How was I supposed to do this? I even found out later that I needed to learn an Indian accent in order to read my lines (my character was from India). It was a trying time and I even made the decision at one point to quit the musical and move on because I just wasn’t cut out for it. Thankfully, the urging of good friends kept me on board.

The musical in high school was a pivotal point. It pushed me so far out of my comfort zone that it uncovered a talent I didn’t know I had. I had a talent for public speaking, training and feeling comfortable in front of a crowd. I later went on to travel North America for a large supplement company, presenting to crowds of 500 or more. I kept the audience engaged for 90 minutes and became a natural entertainer.

Your Stories Need to Be Heard As a Leader

You too have stories like this. My story is nothing amazing. I doubt I ever get a phone call from someone wanting to buy the movie rights to “Mr. Christmas Scolds the Tenors”, but it impacted me personally in a way that helps me to teach others that life is about growing out of our comfort zone.

Being a storyteller is synonymous with being a leader. No PowerPoint slide or data chart will ever move an audience as much as a story will move an audience. When you prepare a talk or have to open up a ward council meeting or training, starting with a story will get everyone off to the right start. Most stories aren’t as well told when you just tell them off the cuff. A leader should take time daily or weekly to write down the unique stories in their life that taught them a lesson and record them (create your own topical guide). The story should flow and be interesting. I have no literary background but I still articulated the story above. It’s engaging enough to keep one’s attention. Organizing them and tagging them in a way where you can find them by topic is important (see link a few lines back).

When a leader stands and tells a story all listen and learn. It’s our nature. We love stories not data.