Conflict During Church Lessons & Councils: Does it Belong? 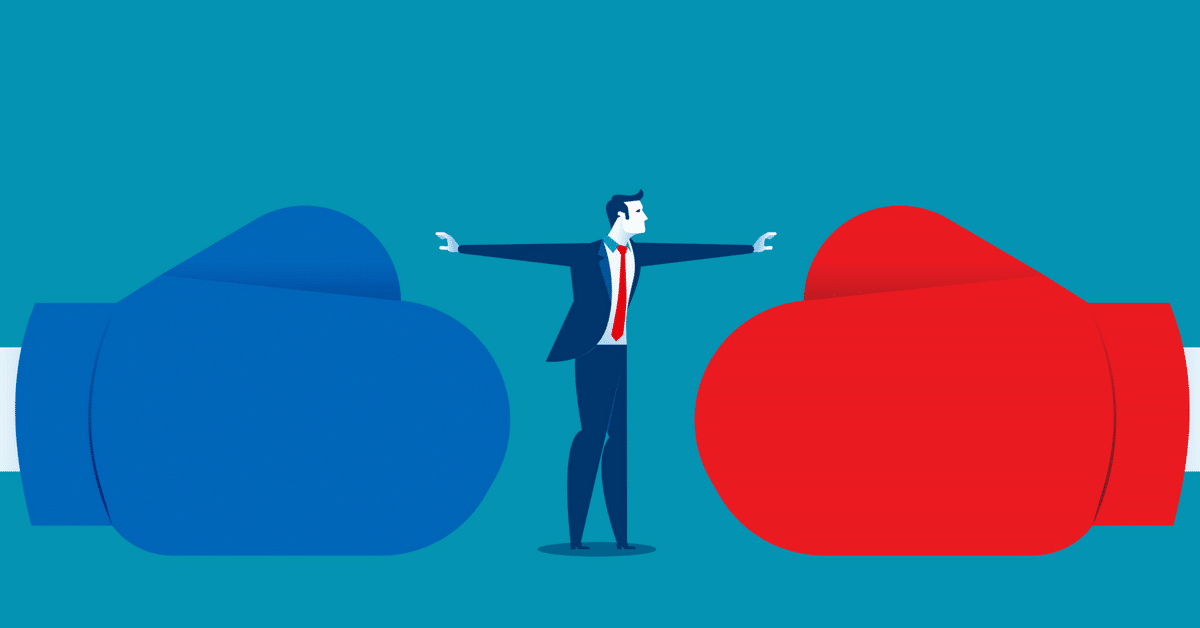 “Spiritual understanding rarely comes from a lecture. It comes in classrooms where questions are welcome, where doubts and fears can be expressed, and where honest opinions are never dismissed. It comes from obedience, private study, and prayer. Spiritually, the classroom of faith becomes less like a lecture hall and more like a fitness center. Students do not get stronger by watching someone else do the exercises. They learn and then participate. As their spiritual strength increases, they gain confidence and apply themselves all the more.”
-Elder Neil A. Andersen

Recently, a story was shared with me about an event that transpired in my ward’s relief society during a third-hour lesson that involved some conflict and tension. In that lesson, a sister expressed a non-orthodox opinion. In response to that non-orthodox opinion, a protectively orthodox opinion was stated. What is interesting about this event is that after the lesson, ward leaders sought out feedback from those in attendance, and here is what they took away from the feedback:

This story made me wonder the following questions:

Let me discuss each of these questions.

Should church be a place where conflicting opinions are shared and expressed?

Most people are not very comfortable with conflict, and this is especially the case within organizations with strong norms. Naturally, people prefer to huddle around the safety of majority views. Also, people tend to be quick to disbelieve those with minority views, often either defending the majority view or confronting the minority view.

From my experience, our church possesses some strong ideals around cohesion, being “of one mind,” and community. Combine these ideals with (1) a strong hierarchical structure and (2) notions that “dissension” (which, at its core, means disagreement) is a slippery slope to apostasy; and voilà, we have strong social norms that suggest that conflicting opinions and disagreement are not welcome at church. And, because these strong social norms exist, when conflicting opinions and disagreement occur at church, it does make members feel uncomfortable, and they are inclined to internalize this discomfort as the “Spirit leaving.”

This is surely understandable, and we have all been there. But, is it acceptable?

One of the most famous studies on conflict set up a situation where business managers were put into groups (think groups of 4-5). For half of these groups, a confederate to the study was inserted and designed to play the role of devil’s advocate (the participants in the study were unaware of that confederates had been placed in their groups). Then, these groups were given a complex problem, and the quality and quantity of solutions were measured. What the researchers found was that the groups with the devil’s advocate generated higher quantity and higher quality ideas compared to the groups without a devil’s advocate.

Thus, what the researchers found is that because of people’s discomfort with conflict, they voted off the one individual that made them more successful than other groups.

So, on the surface, this suggests that within the church, while we may not be very comfortable with conflicting opinions, we would likely benefit from having people share such opinions.

Thus, the answer to this question is not so simple. This leads us to our next question.

As members of the church, should we seek to draw out conflicting opinions?

In all, the research suggests that if we want greater levels of learning, innovation, and improvement, it is necessary to have conflicting opinions, as long as the conflicting opinions revolve around issues, topics, or ideas, and not around the people that express such issues or ideas.

This further suggests that if conflicting opinions are not being shared, seeking such opinions and drawing them out would likely benefit the group.

The big value in doing so is because it forces us to think at a deeper level. A problem with a lack of conflicting opinions and majority thinking is that it usually does not involve much thinking.

Let me give you an example. It is not uncommon for someone in church to talk about “the enabling power of the atonement.” When this happens, we usually do not give this much thought (e.g., define what it means, question its applicability in our lives), as it seems to be an accepted principle. But, what if someone were to express the idea that they believed that “the enabling power of the atonement” is a vague and not properly defined idea that, unless understood more fully, may have some negative unintended consequences, such as seeking strength to fight our temptations rather than the more effective route of running from them. Whether accurate or not, such a comment would surely enhance the level and depth of thinking in the class.

Is it possible for conflicting opinions and healthy cohesion to exist simultaneously?

The short answer to this question is “yes,” but because that is too easy, I will expound.

The truth is that most people are uncomfortable with conflict, especially in church. But, what we need to remember is that the degree to which conflict is positive or negative is less about the conflict and more about how we see, value, and interpret conflict. Truly, conflict is neutral, and it only becomes negative or positive depending upon how we interpret the conflict.

To demonstrate, imagine an elders quorum or Relief Society class where the teacher brings up the topic of loving those “on the fringes,” which includes people who experience same-gender attraction (which is 4-5 members per ward, on average). During this lesson, someone expresses something that is likely to be an unpopular view: “I believe that the Church should allow gay people to receive sacred ordinances.” Undoubtedly, such a comment is likely in conflict with the majority of opinions in the room.

But, take Joan as another example, who sees conflict as being positive. She is likely to be unfazed by the comment, and is likely to then ask the questions: “What makes you say that?” and “What does this person know about same-gender attraction and homosexuality that I do not know?”

The result of the situation is going to be dramatically different for Tammy and for Joan, and the only difference is in their mindset toward conflict.

Thus, conflict and cohesion can exist, if we have the right mindset toward conflict. Also, if we happen to believe that everyone is heading toward the same outcome or purpose, we are more open to conflict, because it is often a necessary part of reaching the outcome or purpose.

If you are interested in more on this topic, check out this great TedX talk, entitled “The Beauty of Conflict.”

Should stake and ward leaders make efforts to help members feel more comfortable expressing opinions that may conflict with other peoples’ opinions?

Here is why. Have you ever heard of Google? Yeah, that’s the one. The big innovative tech company that keeps changing the world. Well, a few years ago, they did a massive study to try to determine what factors led to top team performance. They looked into expertise, team tenure, personality, diversity, etc. But, for quite a while, they were not finding anything that correlated with top team performance. But, they ended up stumbling upon a primary factor that has now been found to be the strongest predictor of top team performance. That factor is called psychological safety.

Psychological safety is essentially the degree to which individuals within a group feel like they can (1) express their opinions and ideas and (2) take risks, both without fear of repercussion from the group.

You have been there in one form or another. You had a great idea, and you took it to your boss or ward leader, and they immediately shut your idea down. How did you feel afterward? How likely were you to speak up again moving forward?

Unless they do, the people who do not feel comfortable expressing their opinions will feel of lower and lower value within the congregation, and that means lower and lower engagement and commitment.

How should I view diverging opinions expressed at church?

In all, as mentioned at the outset, most people are uncomfortable with conflict, and thus seek to avoid it. Yet, conflict and openness to conflicting opinions seem to be an essential component of productive, effective, and engaging groups.

Thus, we should view diverging opinions as being a good thing. They will push and improve our thinking, and they are evidence that people feel safe and that they are engaged.

What we really do not want to have happen, and you have probably seen it, is someone provides a diverging opinion (one that may even cast the Church in a negative light), and people react defensively and with criticism, almost as if the one providing a diverging opinion is a bad person for the way they think (this is the transition between task and relationship conflict). There are few things that can be more detrimental to that person with a diverging opinion.

So, I invite you to have a conflict-is-helpful mindset and to help your ward or branch to be a psychologically safe environment by seeking out and inviting conflicting opinions if they do not naturally come out. We will all be better for it.

Ryan Gottfredson, Ph.D., is an assistant professor of Organizational Behavior at California State University-Fullerton. His topical expertise is in success mindsets, leadership development, performance management, and organizational topics that include employee engagement, psychological safety, trust, and fairness. He holds a Ph.D. in Organizational Behavior and Human Resources from Indiana University and a BA from Brigham Young University. Additionally, he is a former Gallup workplace analytics consultant, where he designed research efforts and engaged in data analytics to generate business solutions for dozens of organizations across various industries. He has published over 15 articles in various journals including Journal of Organizational Behavior, Journal of Management, Business Horizons, and Journal of Leadership and Organizational Studies. You can check out his leadership and personal success blog at https://www.ryangottfredson.com/.