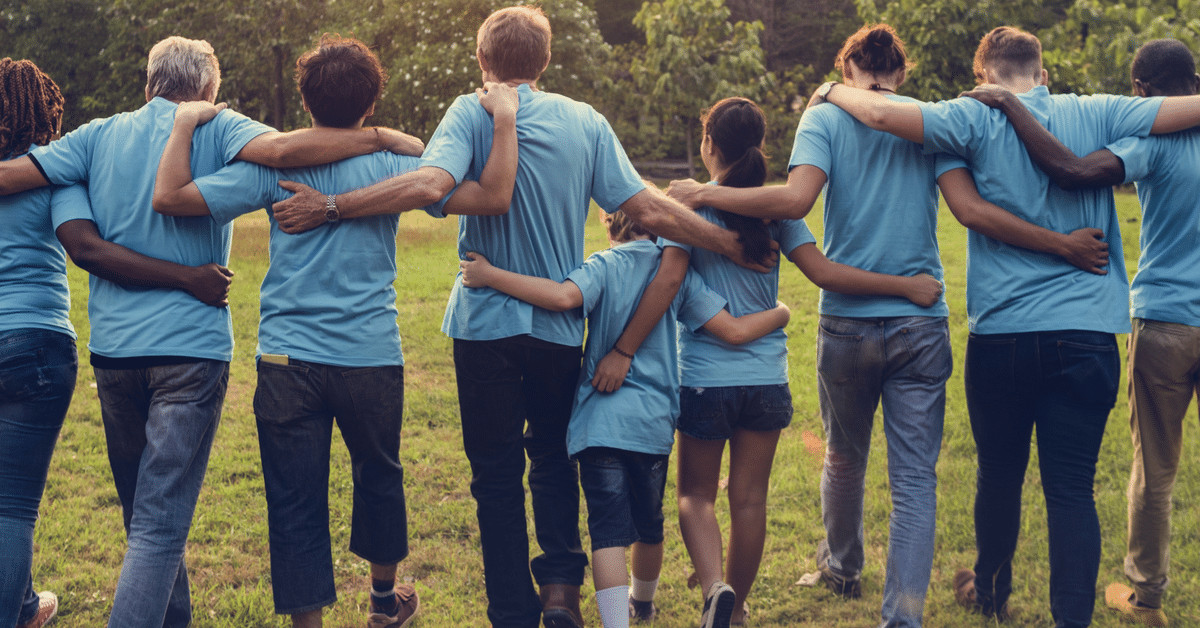 This is the second article in a four-part series on community within The Church of Jesus Christ of Latter-day Saints. Read part 1

Strong and united communities can be a great force for good and positive change. Since I am not as well-versed at world history as I should be, let me point to some powerful examples of such communities in United States history:

In each of these instances, individuals within these communities were passionate about their cause and identified with their communities. They identified so strongly that they were willing to sacrifice themselves and their well-being for the cause of a greater good.

For those within the Church, it is easy to see this type of a community as an integral part of the Church’s history. In the early days of the church, members and new converts banded together in similar geographic locations.  Many were willing to persevere through persecution and untold hardships as they were driven from their homes, traveled across the plains and settled throughout the Wasatch Front. Truly the success and growth of the Latter-day Church is founded on the success and benefits of community.

In fact, one writer from the New Republic stated that Mormonism “constitutes our country’s longest experiment with communitarian idealism, promoting an ethic of frontier-era burden-sharing that has been lost in contemporary America.” Truly, community is intertwined with the LDS Church’s DNA. Part of the reason why community is such a strong ideal within the LDS Church is that it is strongly supported by scripture and related teachings. Here are some references:

In the first article in this series, I introduced the idea that the term “community” can mean a variety of different things, ranging along a continuum of largely weak to strong. In doing so, I identified three types of communities:

Out of these three types of communities, it appears as though the scriptures presented above, as well as our historical culture, focuses on the strongest form of community: united communities.

There are a variety of important benefits to belonging to a United Community. Such benefits include: strength, protection, support, efficiency, and effectiveness. Additionally, belonging to a united community can add great value to someone’s life. The individuals who truly feel like they belong to a united community feel welcomed, known, accepted, cared for, and loved.

The first negative side effect is a lack of cognitive diversity. United communities generally have strong norms, and usually, there are strong norms about how to think and what to believe, which implicitly includes norms that limit questioning and thinking critically about prevailing thoughts and beliefs. While these norms surely create efficiency and help everyone feel “on the same page,” they often create a closed loop, where essentially the same information is presented over and over again. While this can be beneficial if the original thinking is accurate, it can be extremely detrimental if it is not accurate. Additionally, this closed loop ultimately puts a limit on the quality of thinking that takes place, as it is only with questioning and critical thinking that the quality of a community’s thinking improves.

The second negative side effect is a lack of inclusivity. Between the strong norms, high involvement, similar thinking, and strong identification that occurs in united communities, members within united communities often find it difficult to welcome in and be accepting of newcomers to the community. What ends up happening is that significant barriers to entry into the community are created. Unless someone is willing to pass through the significant barriers, people are going to be reluctant to enter the community. Additionally, when members of the community go against a norm (e.g., wear something that conflicts with the norms) or suggest that prevailing notions/ideas need to be rethought, such members are pressured to either leave the community or conform, often through judgment, social pressure, and/or criticism.

The third negative side effect is the most extreme and it is the development of unquestioning identification. In the most extreme cases, people within a united community identify so strongly with the community that they are willing to go to extreme lengths to both protect and promote the community. In the media, a term often used to describe this is radicalization and it is something that we have seen associated with the connection between Islam and terrorist groups.

Objectively Considering The Church of Jesus Christ of Latter-day Saints

However, an important question to ask is, can we or have we also seen some of the negative side effects of united communities?

I do not bring this information up to be antagonistic against the church, I bring it up only to suggest the possibility that although there are great benefits to the largely united community found within the church, such a community is not perfect.

If united communities seem to be promoted by prophets and even Jesus Christ in the scriptures, yet there is evidence that they can have some negative side effects, this leads us back to the question that we ended the previous article on: Which form of community should we be striving to create in our stakes, wards, and branches?

As mentioned previously, communities can range from basic to united, and everything in between. The reality is that there is no “perfect” type of community, each has its pros and cons.

When it comes to the form of community that we should be striving to create in our stakes, wards, and branches, my answer is a different community all together: an intentional community.

To create an intentional community, we have to identify the essential and most valuable elements of a united community and create norms and measures to support these elements while simultaneously preventing the downsides of such communities.

I will dive into the process of developing an Intentional Community in the next article.

Ryan is an assistant professor of Organizational Behavior at California State University-Fullerton. His topical expertise is in success mindsets, leadership development, performance management, and organizational topics that include employee engagement, psychological safety, trust, and fairness. He holds a Ph.D. in Organizational Behavior and Human Resources from Indiana University and a BA from Brigham Young University. Additionally, he is a former Gallup workplace analytics consultant, where he designed research efforts and engaged in data analytics to generate business solutions for dozens of organizations across various industries. He has published over 15 articles in various journals including Journal of Organizational Behavior, Journal of Management, Business Horizons, and Journal of Leadership and Organizational Studies. You can check out his leadership and personal success blog at https://www.ryangottfredson.com/. This is the second article in a four-part series on community within the LDS Church.