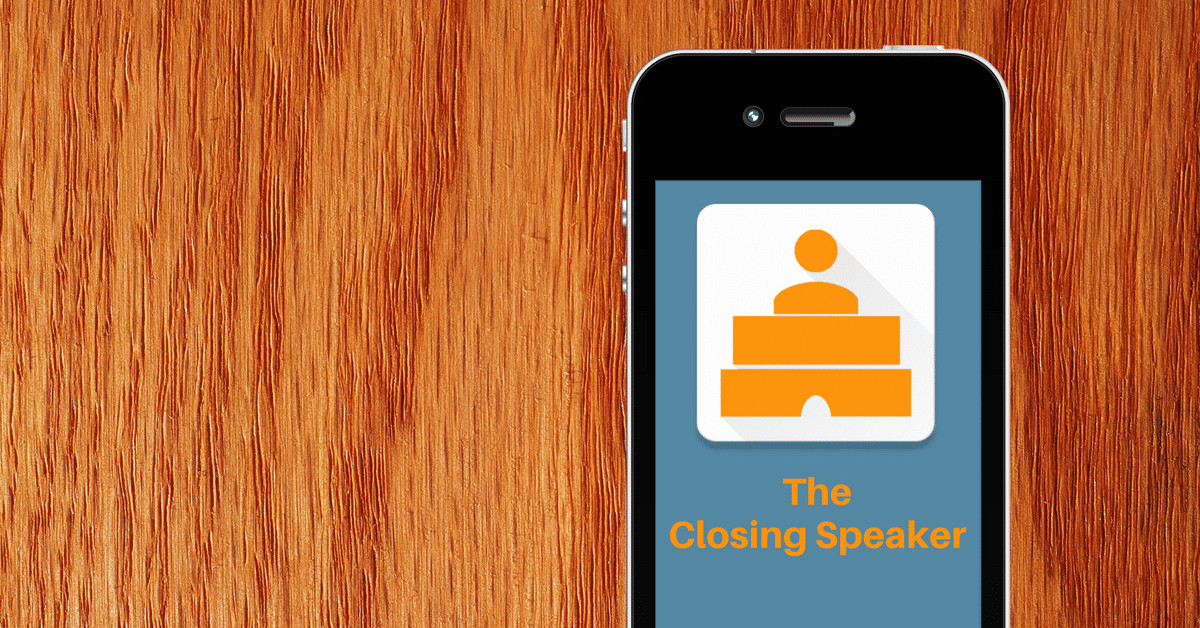 Jacob Barlow is a Southern California native, and former Utah resident, who now resides in the San Francisco Bay Area. A BYU-Idaho graduate, Jacob is married and was previously employed at Google as a member of the company’s former Google Glass team.

Inspired by his church-leader father’s assembled database of pearls of wisdom, Jacob has developed a free app of quotable quotes. It is called The Closing Speaker and is useful for people serving in the Church and home as leaders, speakers, teachers and parents, as well as those responsible for inserting a meaningful quote on the front page of a Sunday ward bulletin. It has a practical application for both youth and adults. For example, Church youth may find the app very valuable in talk preparation, including last-minute assignments they may be called upon to fulfill in a quorum or classroom setting. The app is evolutionary and currently contains 3088 quotes from 241 authors on 287 separate topics (1). At present, it is only available for Android devices and may be available for IOS users in the future, the advantage to Android being its more global reach.

The app’s name (The Closing Speaker) borrows from the concept of a leader who finds himself or herself occupying valuable time at the pulpit at the end of a church service, and doing so in a way that helps ensure a successful meeting outcome. Users of the app may quickly search the database by topic or by author. The Closing Speaker functions somewhat as a topical guide; however, there is an important difference that many users will prefer over a topical guide or the use of a search bar on lds.org. The Closing Speaker provides actual quotes that are highly relevant, rather than overburdening users with a long list of citations that may have a one-word connection but offer limited value in the required context. While some of the quotes are lengthy and others are pithy, all are selected on the basis of bringing added value and understanding to a given topic. The Closing Speaker allows users to “favor” certain quotes for future reference and to also see what other users have highly favored.

Jacob’s plans for The Closing Speaker’s future include the possibility of user-input, and doing so in a way that continues to safeguard the app’s integrity as to verifiable, published quotes from trustworthy sources. The app’s current user rating is 4.8 on a five-point scale. Brother Barlow reported that the process of app development, and the necessity of reading every single quotation used, has been both inspiring and educational.

DOWNLOAD THE CLOSING SPEAKER (Not Yet Available for iOS)